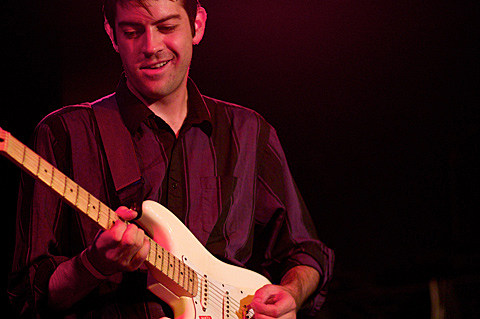 As at least one person picked up on back in October, Times New Viking are no longer on Matador. As just officially revealed via Pitchfork, they are now labelmates with the Mountain Goats...

"Ohio shit-fi indie rock heroes Times New Viking have signed with Merge Records, who will release their new album, Dancer Equired, on April 25 in the U.S. (Wichita will release it in Europe, Pop Frenzy in Australia, and Big Nothing in Japan.) It's the follow-up to 2009's Matador LP Born Again Revisited.

The first single from the record will be "No Room to Live", which previously appeared on a tour-only 7" during the band's jaunt with Guided by Voices last year. You can take a listen to the song above, and check out its video (directed by Brandon Reichard and Pelham Johnston) below."

Look for Times New Viking on the lineup of the Merge Records SXSW showcase when it gets announced. That video and another below...

Times New Viking - No Room to Live from Merge Records on Vimeo.