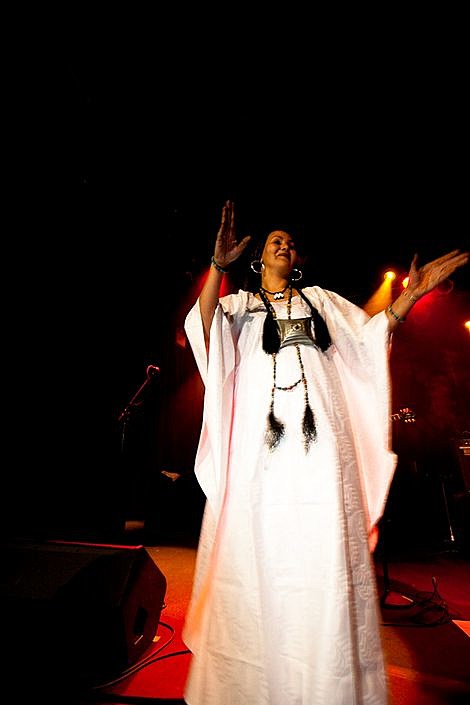 Amidst a row of amps of guitar amps standing like a determined frontline and a lonely djembe, there was a rising solo call of "welcome to the desert!" That was Tinariwen's introduction to the world of the Kel Tamashek, the culture and impetus for their haunting, brilliant music.

There wasn't much talk of the band's incredible back-story, one that effuses the most epitomized struggles of any post-colonial African establishment, at their sold out show at Highline Ballroom Thursday (2/18). As hinted at in their website biography, the Malian collective seems eager to eschew all those overwrought connections to guns and violence and revolution. It's even evident in the band's lineup; other than founder Ibrahim Ag Alhabib, the 30 year old group consists of a new generation of musicians, ones that were just children during the tumultuous era of strife and rebellion for the Tuareg people.

There isn't really a need for nostalgia; the songs of Tinariwen, just as much the product of a life-long love for music as the output of a propaganda machine, are instantly rich with an ancestral tapestry of social struggle and semi-nomadic desert life. The music reflects the Sahara vividly; the sound is so clean, yet it feels dense and thorough like an accumulation of prehistoric sand. Instrumental melodies and vocal chanting rise in and out like the impermanence of drifting dunes. The music is simultaneously full of sunshine and unsettling chills; it especially heated up Thursday in darker, more mournful numbers like "Assouf" and "Assawt N'Chet Tamashek," where painful emotions and intense musicianship generated a fiery coupling.

The outward simplicity of Tinariwen's music is bellied by layers of complex syncopation and disconcerting minor/major tonal coupling; even when things seem full of joy, there is expressive depth. There was always a mixture of road-worn epitaph and innocence Thursday; creating a sense of the latter seemed even more remarkable given the talent of the musicians, especially the rhythm section of bassist Eyadou Ag Leche (he plays like a young Bootsy) and percussionist Said Ag Ayad (who consistently made his one drum roar like an entire corps).

It's easy to forget that Tinariwen are savvy, world-trekking rockers now. They still move like nomads though, albeit with more guitar amps and less camels. Fortunately, they still sing like them as well.

Fool's Gold opened this show, and the one that happened a day later at The Bell House. Tinariwen are back this summer to play Central Park Summerstage, part of a trip that also includes Bonnaroo. More pictures from Highline Balroom below... 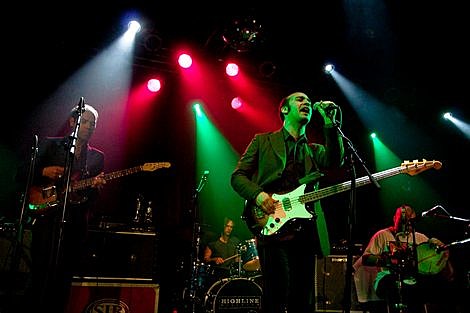 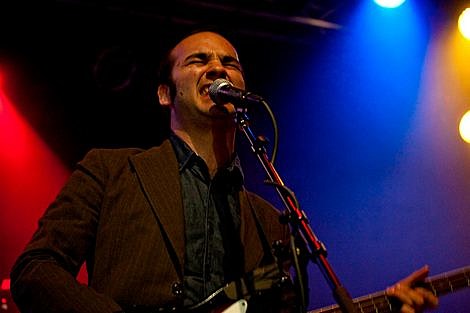 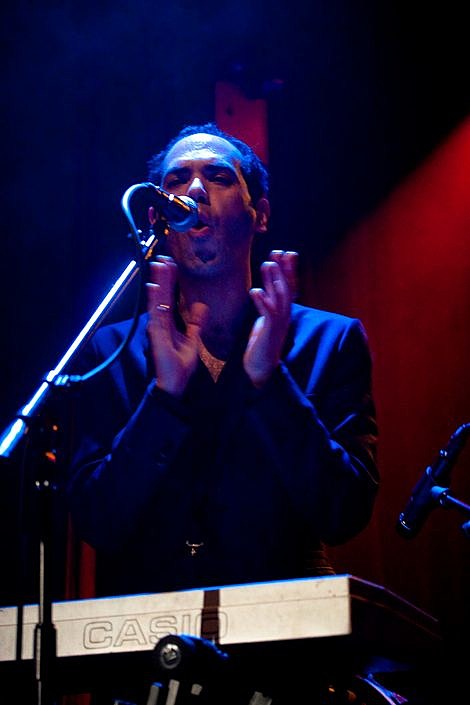 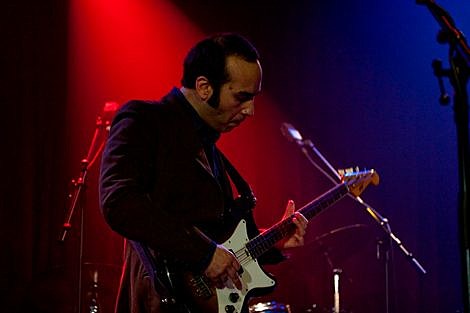 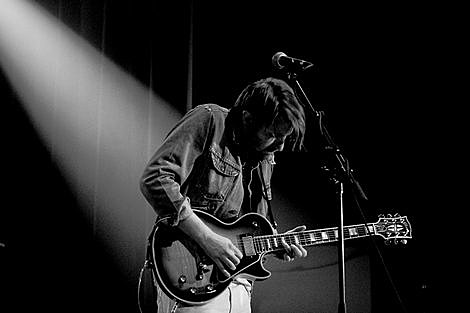 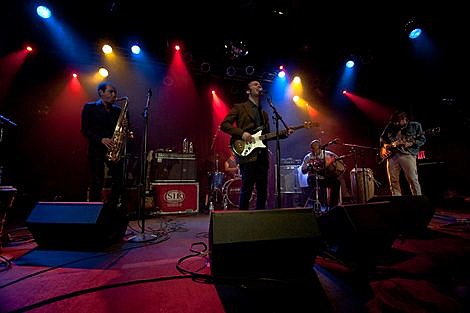 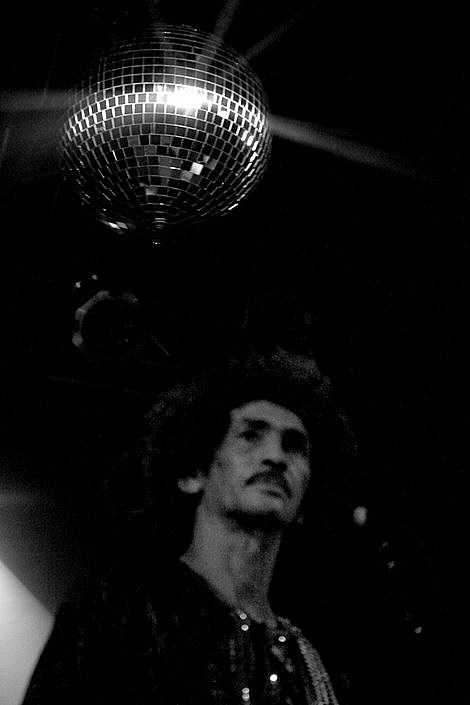 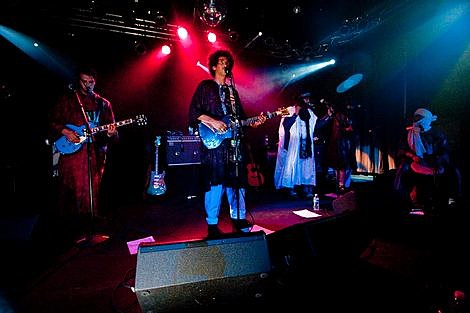 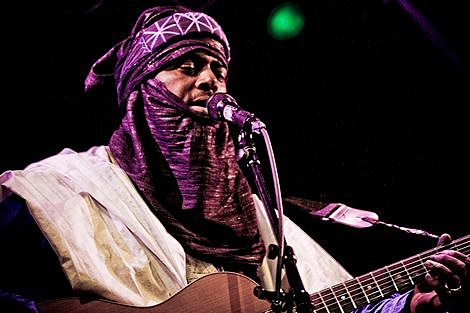 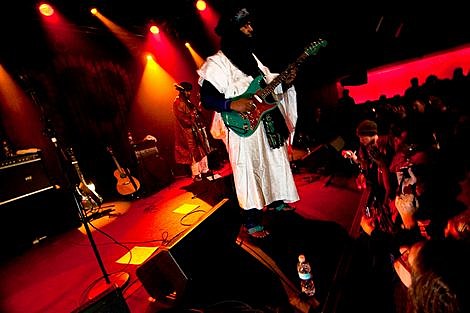 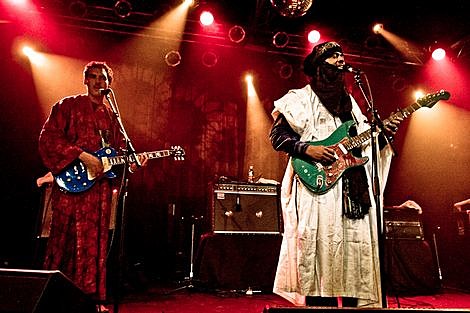 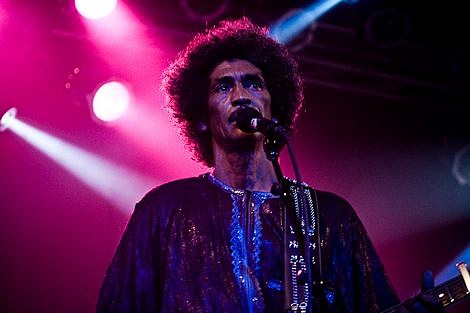 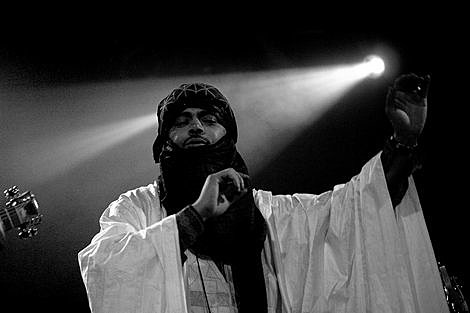 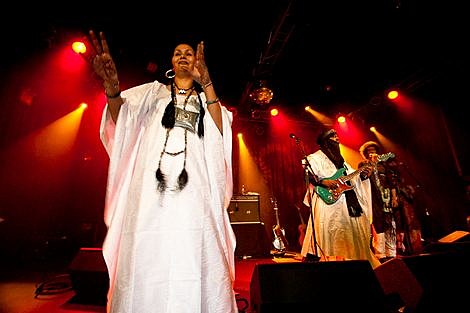 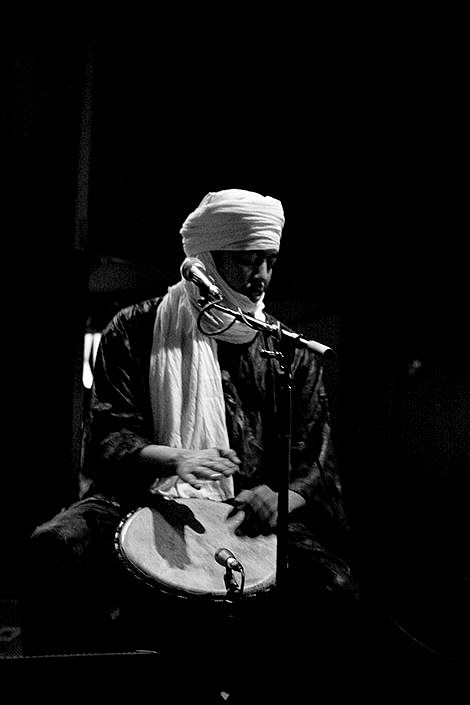 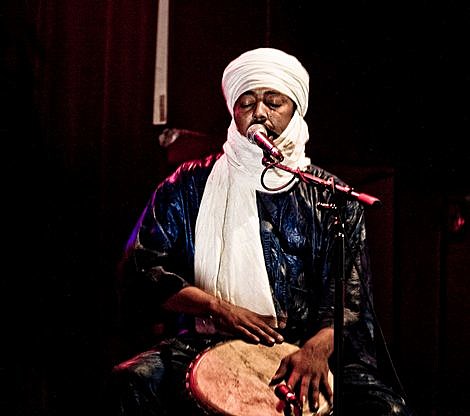 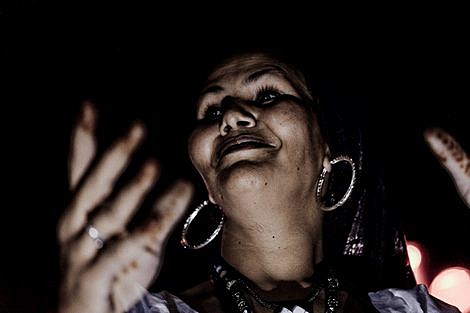 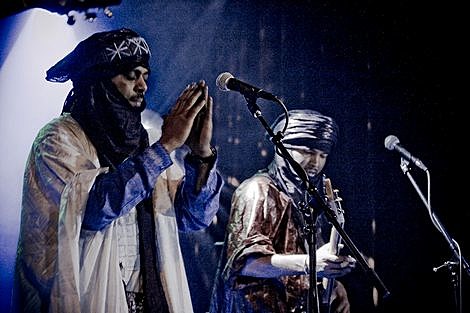 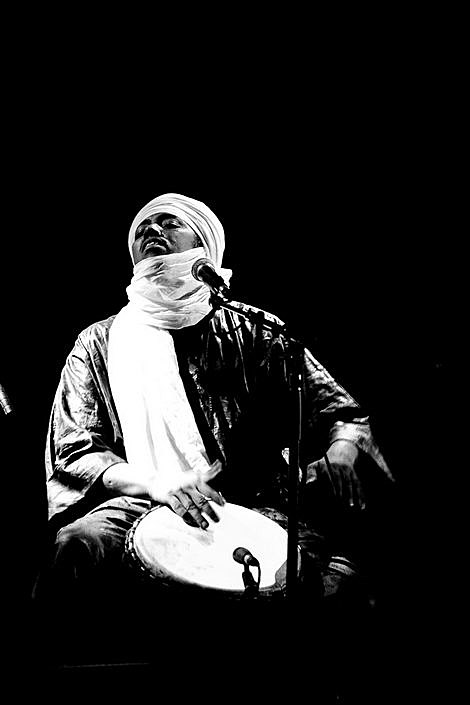 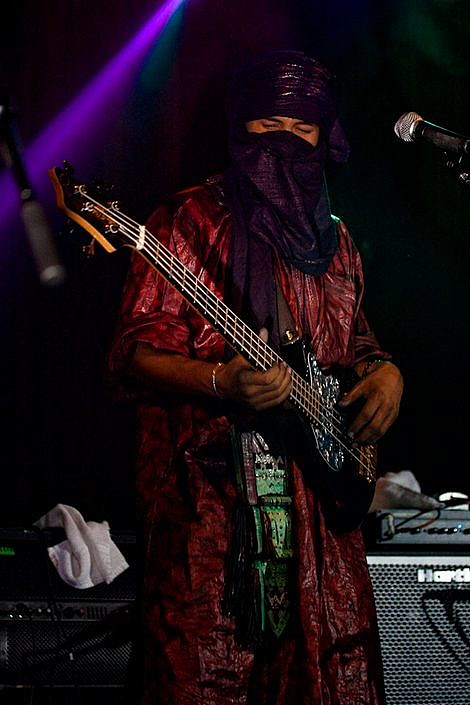 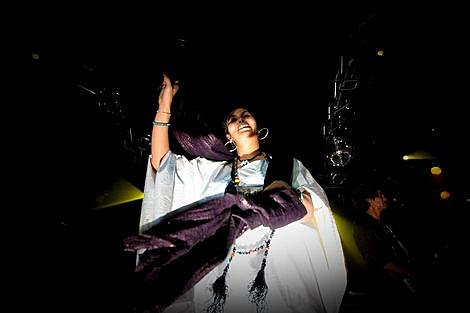 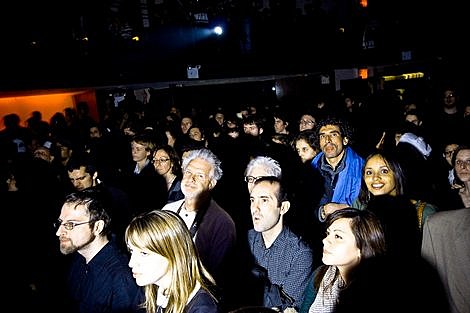 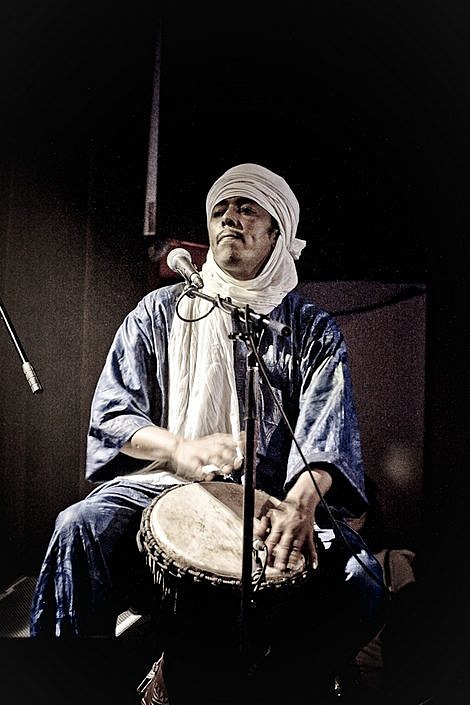 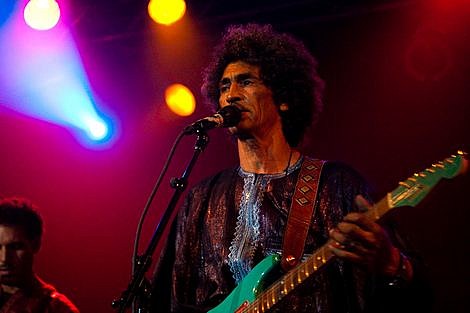 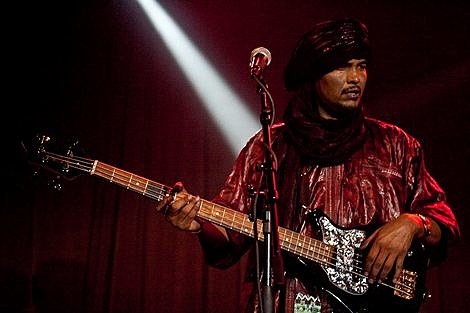 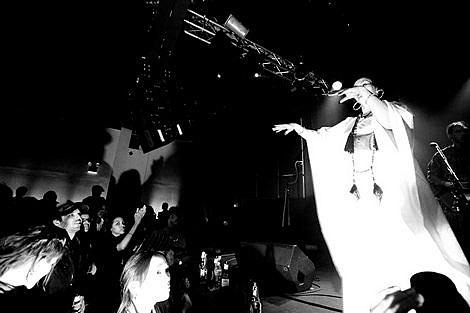 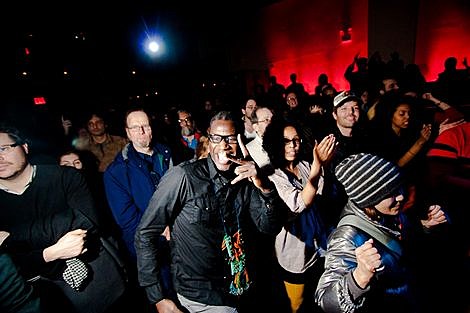