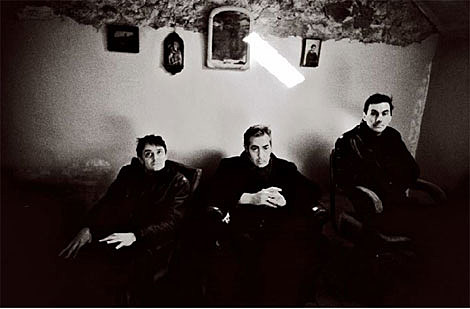 Following their reformation and the release of new Constellation album The Hungry Saw in 2008, we are pleased to announce legendary UK band Tindersticks will be bringing their inimitable sound and songcraft to North American stages for the first time in over five years. Led by the voice and lyricism of Stuart Staples, Tindersticks have always expertly conjured complex emotions and double-edged narratives through a sultry, swirling, finely orchestrated music that is gently uplifting, beautifully arranged, and shot through with dark tension.

Tickets are now on sale for a March 6th show at Brooklyn Masonic Temple. All dates below...