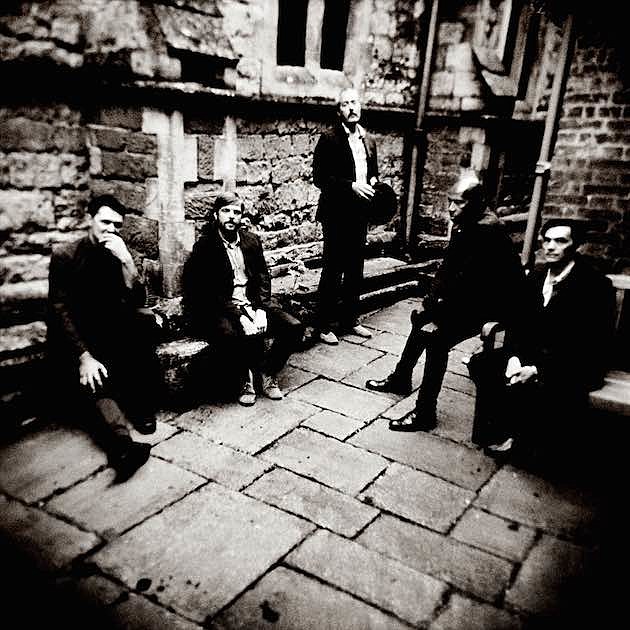 Tindersticks have shared another song/video from their upcoming LP/film project The Waiting Room. "Were We Once Lovers?" is groovy, something not usually associated with Tindersticks, featuring some lightly funky slap bass, which was in part the impetus for the song. Says frontman Stuart Staples:

I have wanted to make a song with a slap bass for some time -- it felt dangerous and proved quite a battle to achieve. Resistance even from within our ranks and I would say Dan McKinna was even shy when first playing it - we had to reassure him that he was among friends. The songs structure was also challenging - calling the chords out as we played / recorded. It gives the song an unpredictability that is at odds with the intense momentum that carries it. And that deep lying nervous energy that only a slap bass could bring.

The accompanying film for the song was directed by Pierre Vinour. Says Staples:

In the early 90s Pierre Vinour made an iconic short film called 'Paris - Marchseille' - a time lapse view of the journey through a car window condensed into three minutes ending by driving off the edge of France into the sea. When I saw this film I felt an immediate connection with 'Were We Once Lovers?' - the speed of the journey, but I also felt that the song was speeding through the drivers mind. I was pleased that Pierre felt that connection also and he set to work building on this idea. Still, I was still not prepared for the effect the final film had on me. The clenching intensity I felt when making the song was literally doubled. I love it but I can't wait to be released from it, it holds me in this strange limbo.

Check out the "Were We Once Lovers" video below.

You can watch the whole The Waiting Room film, which features such filmmakers as Claire Denis, Christoph Girardet, Pierre Vinour, Rosie Pedlow & Joe King, Gregorio Graziosi, and Richard Dumas and was overseen by the La Blogotheque folks, when it makes its world premiere at Brooklyn's Rough Trade on January 19. As mentioned, Stuart Staples will be there for a post-screening Q&A. You need to pre-order The Waiting Room at Rough Trade to attend.