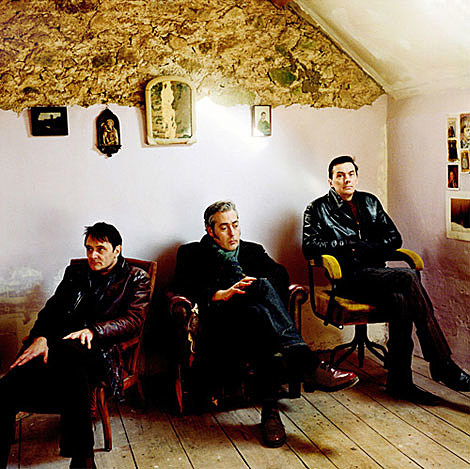 The most exciting show of the week for me has to be the return of Tindersticks, who play the Brooklyn Masonic Temple on Friday (3/6). The band rarely tour the States, having last been here five years ago for their album Waiting for the Moon. In the interim, frontman Stuart Staples put out a solo album in 2005, fueling break-up rumors. It was more like break in half: the band lost three members, leaving Tindersticks as a trio comprised of Staples, guitarist Neil Fraser and percussionist/keyboardist David Boutler.

The three have been busy lately. Not only did they put out last year's very good The Hungry Saw, but just finished soundtrack work for Claire Denis' new film 35 rhums. (Tindersticks previously worked on Denis' 2001 film Trouble Every Day.) Despite the shrinking membership, Tindersticks sound just as dark, lush and cinematic as before on The Hungry Saw. Like Nick Cave, Tindersticks' seem to get better with age. For these North American shows, Tindersticks will be touring as a seven-piece, including the amazing-in-his-own-right Terry Edwards on brass.

The Week That Was 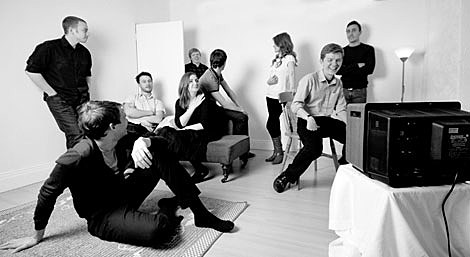 South by Southwest is only two weeks away, which means UK, European, and Canadian bands on their way there will start playing NYC shows soon. Next week is kind of insane, so in an effort to cover some of it early, I'll remind you again that The Week That Was play Mercury Lounge this Monday, March 9. Here's what I wrote a while back:

TWTW are one of the two splinter groups created when Sunderland, UK's Field Music decided to retire that moniker but still basically make music together. David Brewis released a phonetics-obsessed solo project under the name School of Language(which toured here last March). His brother Peter created The Week That Was, a concept album equally obsessed with (lyrically) The Media and (sonically) the Big '80s production style of Kate Bush and Trevor Horn. It's a brilliant album that made my Top Five of 2008. Both David Brewis and Field Music keyboardist Andrew Moore, plus about five others on percussion and strings. They'll only be a quartet at Mercury Lounge, but if they even come close to replicating the album's wall-of-sound, it will be worth attending.

Tickets are still available and I highly suggest you do. Also on the bill: Boston's underrated Hallelujah the Hills, Philly's Arc in Round, and Brooklyn locals Monuments. The Week That Was are doing a few other dates around the U.S. as well as a few at SXSW and all dates are at the bottom of this post.

Backtracking a bit, the first of those three consecutive PAPER shows at Cake Shop start tonight (3/4). It's the Swedish band's first-ever U.S. gigs and they've already been here a few days, blogging about their adventures in the city, systematically cataloging their food intake, complete with number ratings. Pretty funny. Of the three shows, Friday's (3/6) looks the most interesting to me, with Japan's Zazen Boys (who we featured earlier in the week) and Your Nature who, until just recently, you may have known as Frankopollis. But tonight's show (3/4) has local dance-rockers Holy Hail and Phones, which features members of White Rabbits and The Subjects. Not to short Thursday's show (3/5), of course, which has Talk Normal, Graffiti Monsters and Never Tune. 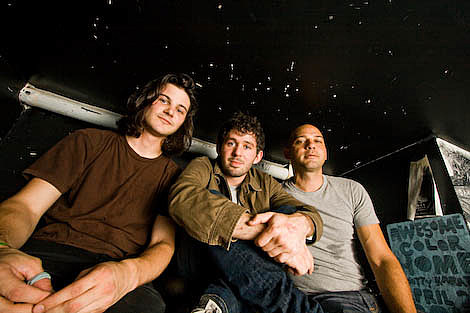 And lastly, Thursday night (3/5) at Union Hall, The Antlers are having the record release party for their new album, Hospice, which is out this week and has been getting a whole lot of blog love. It was recently named "Best Album of 2009 So Far" by the folks at NPR's All Songs Considered. Personally, I don't start ranking things till at least April but I will say Hospice is definitely worth checking out. (There are a couple tracks from it at the top of this post.) I am curious to see how its dense, multi-layered sound will come off live. It's a nice night of music, actually, with North Carolina's chamber pop band Physics of Meaning, and the country jangle of Brooklyn's Brilliant Mistakes.

Like usual, tour dates and video follows after the jump...

Tindersticks - "Flicker of a Little Girl"

The Week That Was - "Learn to Learn"