Tinsel Teeth at Death By Audio 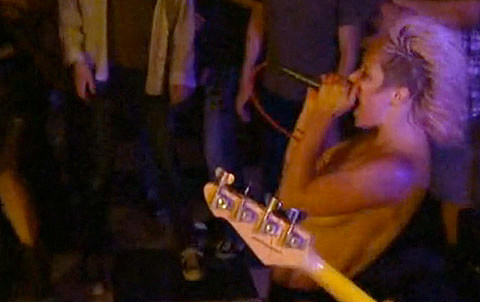 Tinsel Teeth completed their round of US dates with a show at Death By Audio on July 3rd with Satanized Unstoppable Death Machines, and Xaddax. The show was one of two at Death By Audio that week for Xaddax, who also supported Dysrhythmia and Guzzlemug at the venue on June 29th. Check out video of Xaddax (ex-Dazzling Killmen) from 6/29 as well as the last 10 minutes of Tinsel Teeth below (warning, the latter is NSFW).

Xaddax has a couple of shows coming up including with Future By Now (ex-Dazzling Killmen, Mars Volta), STATS, and Spanyurd at Bruar Falls on 8/18 as well as with Great Falls (ex-Playing Enemy, Kiss It Goodbye), Radiation Blackbody, and Passage Between at Acheron on 8/11. Great Falls will also play Lit Lounge on August 8th with Fashion Week and A Passage Between.

Videos from Death By Audio are below.