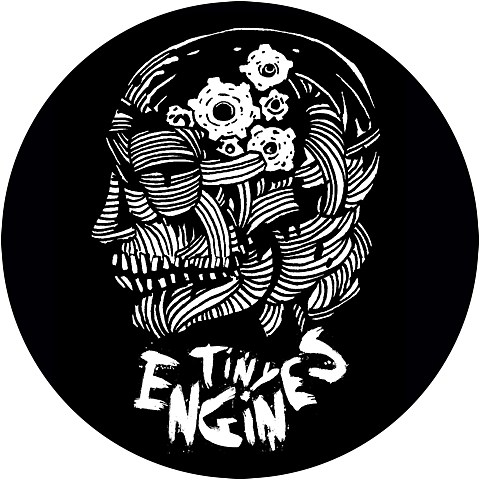 There were a lot of great labels in 2014, but one label I think had an exceptionally good year is Tiny Engines. Between the second Beach Slang EP of the year, the Places to Hide EP, Cayetana's debut album, the latest EP from Frontier(s) (ex-Elliott, Mouthpiece), Somos' debut album, The Hotelier's breakthrough album and still others, TE was one of the most consistently great homes for indie rock, punk and emo in 2014. (If you haven't heard any of those releases, strongly recommended!)

Now that the year's coming to a close, Tiny Engines co-founders Will Miller and Chuck Daley (who also both run Beartrap PR) told us about their favorite albums of the year, as did TE bands Cayetana, Runaway Brother (debut LP and BV-presented NYC show coming in 2015), and Matt from Frontier(s)/Mouthpiece.

Find out who made their lists (and read the entertaining intro Chuck wrote for his) below...

In the midst of struggling to compose this list of my favorite albums from 2014, it became painfully apparent that I didn't listen to much in the way of new music this year. Of course, it's one thing to make an assertion like that, but I lived with Will Miller for 13 months and if homeboy isn't sleeping, he's literally spinning records 90 percent of the time. I have direct, quantifiable evidence of that. Also, I was forced to delete six records from said list because they had been released in 2013. My shame is growing exponentially as I type this.

Excuses? I'd say that I have a life outside of music but that would be a giant lie. However, I am a stay-at-home dad with stay-at-home dad responsibilities, so that's something. I also spend an inordinate amount of time with records from Tiny Engines and Beartrap ... and demos. So many bad demos (damn you, emo revival). Additionally, I have a affinity for unearthing and rediscovering albums from my glory days in the '90s, whether it's bands I initially missed out on or simply haven't listened to in years. Subsequently, it's worth pointing out that there were some pretty great vinyl reissues in 2014 from Silkworm, Life Without Buildings and Unwound.

End-of-year lists can be so random and esoteric anyway. And c'mon - some of you are totally bragging, at least a little. I enjoy browsing them nonetheless. Tidy collections of (subjectively) noteworthy albums are the perfect excuse to spend hours of headphone time exploring all the gems (and stinkers) I ignored during the course of the year. December has traditionally been the month when I consume copious amounts of new music. It's like the universe is allowing me to atone for being so damn lazy for the past 11 months.

So if you're anything like me and you've pissed off the gods of new music, here's some really great stuff for you to chew on and digest in your spare time.

Copyrights - Report
Every year I leave an open spot on my Best Of list for either The Copyrights or Iron Chic. Pretty much the only two bands in pop punk that anyone should care about.

Creepoid - S/T
I'm sure that you have a favorite live band. Creepoid is probably 27 times better than that band. Its records are pretty killer, too.

Hard Girls - A Thousand Surfaces
If I had any musical ability whatsoever, there's a 90% chance that my band would sound like Hard Girls.

Helms Alee - Sleepwalking Sailors
Torche didn't release a record this year so Helms Alee gets the nod as my obligatory metal entry. That doesn't sound like a ringing endorsement, but this album is terrific.

Restorations - LP3
Damn near unclassifiable unless you're willing to use a stupid amount of adjectives. These guys are simply the best when it comes to writing nuanced yet undeniably exhilarating and powerful rock songs.

Sugar Stems - Only Come Out At Night
I'm a sucker for infectious ear-worm melodies and sublime harmonies. The addition of an organ gives this record a beefier feel than previous material (a good thing) but Sugar Stems' biggest strength is how propulsive and fun its songs are. Temper that with just the right amount of bite in the lyrical department and you've got a strong contender for best power pop record of the year.

Three Man Cannon - Pretty Many People
Dreamy, meandering slacker rock for lazy days, which isn't to say that Three Man Cannon doesn't have a rough-around-the-edges quality that endears the band to the punk crowd as well. Tiny Engines should have probably released this when we had the chance. We're idiots.

Sharon Van Etten - Are We There
This record is absolutely seething with raw, real, unfiltered emotion. I'd like to think that Sharon Van Etten wakes up every morning and laughs at the the fact that the emo revival was actually a thing for like, 15 minutes this year.

White Lung - Deep Fantasy
On wax this is the best-sounding record I purchased in 2014. It will whip you into a frenzy for literally anything. I would happily dig a ditch while listening to Deep Fantasy.