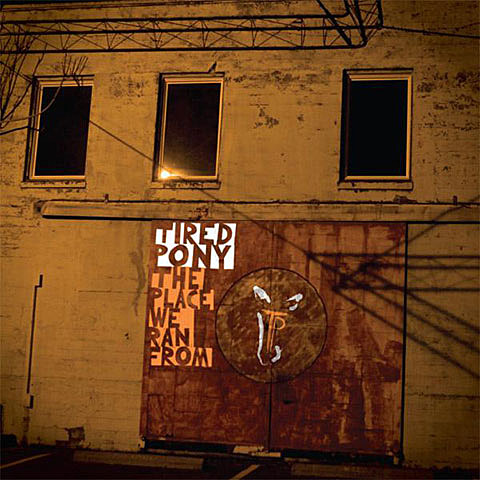 Tired Pony - spearheaded by Snow Patrol's Gary Lightbody and R.E.M.'s Peter Buck - have just released their debut album, The Place We Ran From on Mom + Pop Records today. Featuring the talents of Belle and Sebastian's Richard Colburn, acclaimed producer Jacknife Lee and more, in addition to guest turns by She & Him's Zooey Deschanel and M. Ward and Editors' Tom Smith, The Place We Ran From is a heartbreakingly beautiful album of dark Americana, packed full of the melodies Snow Patrol fans have come to love.

The band will be performing their first and ONLY U.S. shows in New York and Los Angeles during the first week of October.

Tired Pony's two US shows are happening Monday, October 4th at the El Rey Theatre in LA, and in NYC at Irving Plaza TONIGHT (October 1st).

Tickets to the NYC show are still on sale, and for the LA show, and special guests are heavily rumored (look for Michael Stipe and The Swell Season's Marketa Irglova in NYC, and Zooey Deschanel and Peter Case in LA).