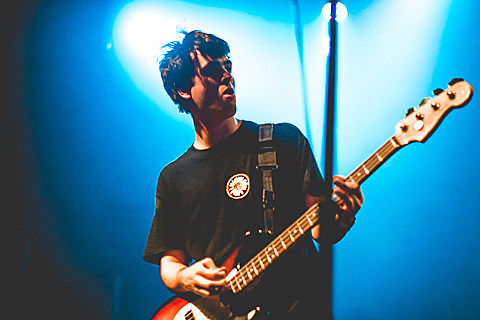 Title Fight already gave us "Chlorine" from their upcoming album, Hyperview (due 2/3 via ANTI-), and they're now back with the video for its brand new second single, "Rose of Sharon" (dir. Hannah Roman, starring Kieran Sherry). Like "Chlorine," the new song has the Kingston, PA punks moving significantly further into straight up shoegaze, though their roots do show a bit more on this one. Title Fight have never made the same album twice, so this shouldn't feel too drastic of a shift for old fans, and here's to hoping it brings aboard some new ones. Check it out below (via Pitchfork).

As discussed, TF are going on a co-headlining tour with La Dispute and support from The Hotelier, and that amazing triple bill hits NYC on March 27 at Webster Hall (tickets). As we found out today, Make Do And Mend are playing the basement of that same venue that day.

They also have another amazing triple-billed tour with Merchandise and Power Trip before that, which doesn't come to the East Coast. All dates are listed, with the new video, below...