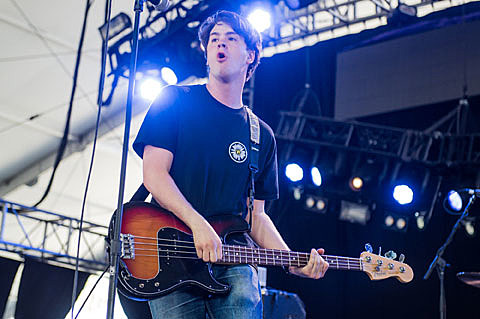 Title Fight have launched a new Instagram account where they announced that they've signed to ANTI- and are currently in the studio working on a new album with producer Will Yip (who did their last LP, the new Braid, and a ton of other stuff). This now makes them labelmates with The Antlers, Simian Mobile Disco, and Dr. Dog.

Their upcoming dates include Philly's This Is Hardcore this week (making them the only band on both TIH and Coachella this year) and Riot Fest Chicago and Toronto in September.

This Is Hardcore kicks off today (7/24) and runs through Sunday (7/27). The lineup also includes Converge, Madball, Blacklisted, Bl'ast, CIV, Crowbar, Bold, and many more. Tickets are still available.