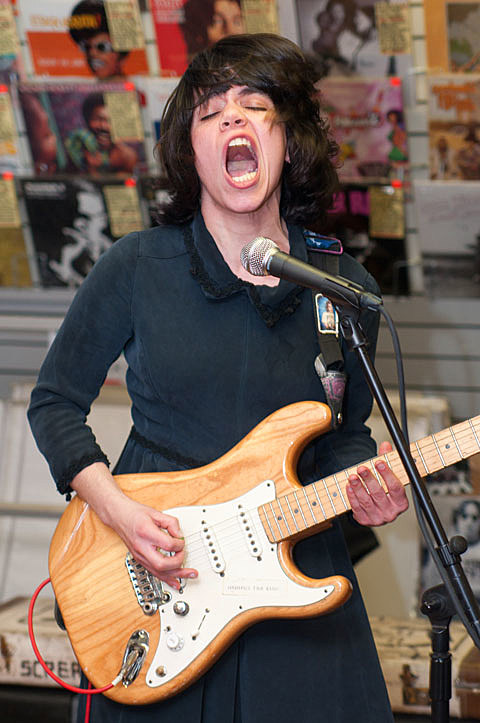 This March, Screaming Females, Titus Andronicus, and Diarrhea Planet are heading out on the 'Screaming on Planet Titus' tour which kicks off at The Stone Pony on March 4 in Asbury Park, NJ and ends with a Houston show on 3/12 before Screaming Females and Titus play SXSW. Tickets for the Asbury Park show are on sale now. All dates are listed below.

That Asbury Park show is the closest that the tour comes to NYC, but Screaming Females will play two more area shows in April as part of a longer, headlining tour. Those shows include Maxwell's on April 5 in Hoboken, NJ and The Bell House on April 6 in Brooklyn with Aye Nako, and Swearin'. Tickets for the Maxwell's show and the Bell House show are on sale now. Screaming Females also have a new video for "It All Means Nothing," the single off their great upcoming album, Ugly (due out April 3 via Don Giovanni). Check that video out below.

You can also catch Titus Andronicus frontman Patrick Stickles in NYC TONIGHT (2/29) at Shea Stadium with Alex Drewchin and Clapperclaw. The show is billed as "An Evening with Patrick Stickles: Songs, Stories & Spiels - An Affirmation of Manic Depression in all its Transcendent Glory." 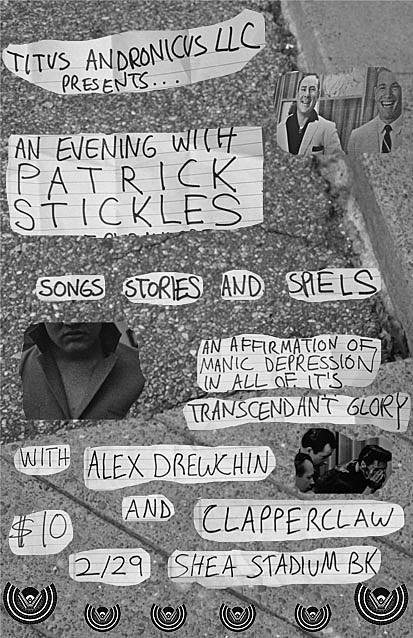 Titus also have a new single out, and currently the only place to hear it is on Tom Scharpling's WFMU show at the 2:37:00 mark.

Both Screaming Females and Titus Andronicus will be playing the official BrooklynVegan SXSW showcase which happens on March 14 at Bar 96 in Austin. Our official showcase also includes Caged Animals, 2:54, The Young, and one more artist TBA (due to a cancellation).

Both 2:54 and The Young have (relatively) new MP3s. Stream those both below, and grab The Young's above.

Speaking of Diarrhea Planet, they've also got an upcoming NYC show in March at the Aputumpu Music Festival at Le Poisson Rouge on March 25 with Japanther, Cerebral Ballzy, Ghost Mice, Osekre and the Lucky Bastards, Liquor Store, and Eula. Tickets for that show are on sale now.

All dates, video, streams, and the flier for tonight's show below...

--
Screaming Females - "It All Means Nothing" Official Video