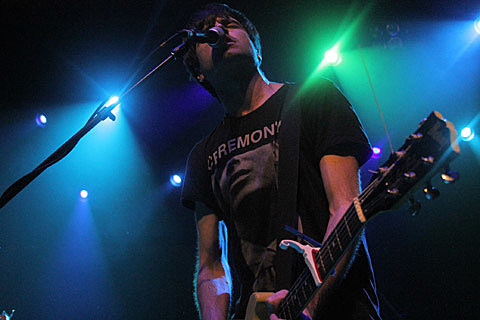 Titus Andronicus wrapped up their tour with Ceremony in NYC last night at Webster Hall (12/2) after playing Maxwell's in Hoboken the night earlier. But before either band took the stage, Buffalo's Lemuria treated the crowd to a set of their raw Thermals-y pop punk. The place couldn't have been more than half full for their set but Lemuria still looked like they were having the time of their lives and delivered as such. You can catch them in NYC again opening for Fucked Up at Warsaw on December 21 with Night Birds and Parquet Courts. TIckets for that show are still available.

Next up was Ceremony, who, like their Matador labelmates Fucked Up, have been bringing real-deal punk rock to the indie kids, so when they were tapped to open on tour for Titus it sounded like it made a lot of sense. And I can't judge the other 40 something dates on the tour, but at Webster Hall they hardly came off like an opener. In fact, I'd be curious to know how many people bought tickets just to see Ceremony and left after their set. The second Ceremony's drummer, who was donning a Titus Andronicus 'Local Business' shirt, began the drum intro to their opening set, a massive pit broke out and the kids only got more intense throughout the set. Bassist Andy Nelson actually addressed the pit later on in the show: "I know it's really hard to be a white male in America and you have to let out a lot of aggression, but when you punch people you don't know in the face, you look fucking ridiculous." And he actually got a lot of cheers for saying that. On the band's newest record (and their Matador debut), Zoo, they again evolved their ever-changing sound, in favor of Stooges-y garage punk, and cuts off that album like "Hysteria" and "Citizen" fit right into the band's ruthless live show. But before leaving the stage, they played a few songs their early powerviolence days "for the punk kids."

Finally, a few minutes after 10:30, Titus Andronicus took the stage, with frontman Patrick Stickles returning the favor of their tourmates, decked out in a Ceremony tee. With no more than the quick floor tom roll that kicks off Local Business, Titus went into that album's opener, "Ecce Homo," and as they do on tour and on record, seamlessly transitioned into "Still Life With Hot Deuce On Silver Platter." Local Business has received some (unfair) criticism, much of which is due to living in the shadows of the epic The Monitor, but the fans still love it. There were just as many fist-raised singalongs during the Local Business tracks as there were during "No Future Part Three, "Titus Andronicus," "A More Perfect Union," and the number of other older favorites they played. Titus didn't inspire too much moshing like Ceremony before them, but the masses of fans jumping around had Webster's floor shaking and the stage diving never ceased on the fans' end, and Patrick leapt into the crowd once himself.

One of the things Local Business has become known for is the fact that it's the first record Titus recorded with the same lineup they tour with, and that really came across at the show. It was no longer the Titus Andronicus led by Patrick Stickles, who produced a Civil War epic, putting together a band to take on the road with him. And the results were pretty humbling. Patrick has always felt very much like the frontman at TItus shows -- and he is and deserves to appear that way -- but on this tour he comes off as a member of a band, and for people who embrace DIY aesthetics and local business as much as they do, those communal elements are a big deal. The band have learned a few other new tricks for this tour too, like Patrick ending "(I Am the) Electric Man" with "I am the electric man. Now you know. But there's still something I gotta know..." and then whipping out The Contours' "Do You Love Me." They also learned a cover of the Rolling Stones' "Brown Sugar" for this tour, which after repeated cheers from the crowd they came out to play as an encore. Patrick prefaced the encore with, "We don't usually do this, but if you insist..." and from the looks of past setlists, it's true.

At the show, Patrick mentioned he and the guys are headed to catch Neil Young at the Barclays Center tonight (12/3), and while they didn't play any of Neil's songs last night, they did play "Down by the River" in Neil's hometown of Ontario at their Lee's Palace show (11/27), and you can watch a video of that cover below. He also mentioned on stage that they'll be the surprise guests at the now sold out Tom Scharpling-presented Sandy benefit at The Bell House on Friday (12/7) with Ted Leo & the Pharmacists, Chris Elliott, John Hodgman, Jon Benjamin, Julie Klausner, and Andrew W.K..

The "Down by the River" video and two videos from the Webster Hall show are below, along with video of Ceremony on Last Call with Carson Daly. 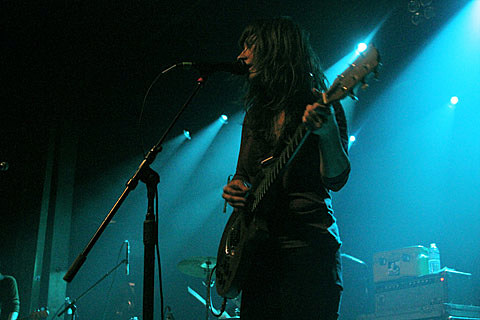 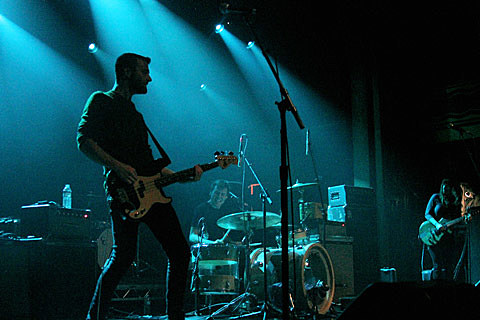 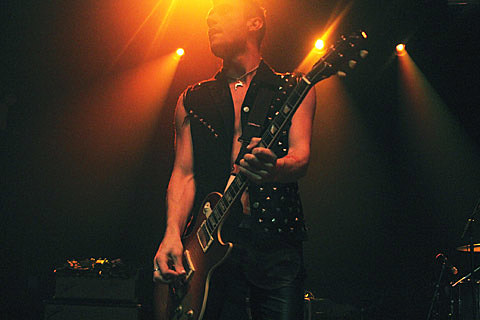 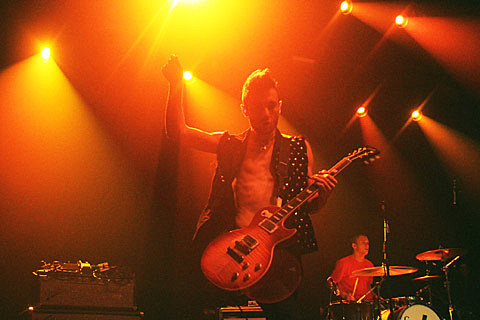 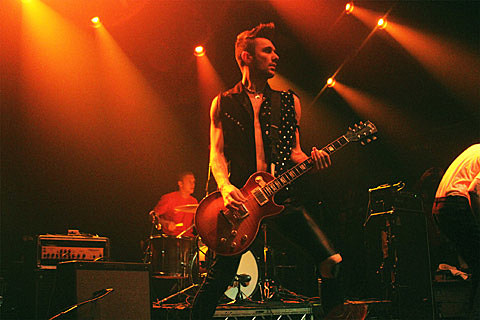 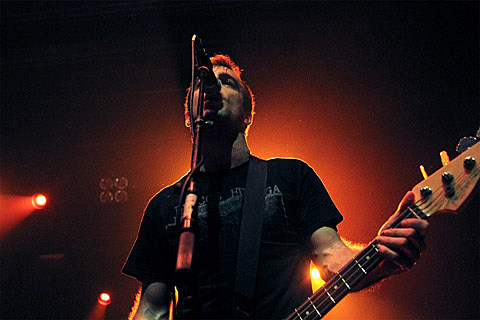 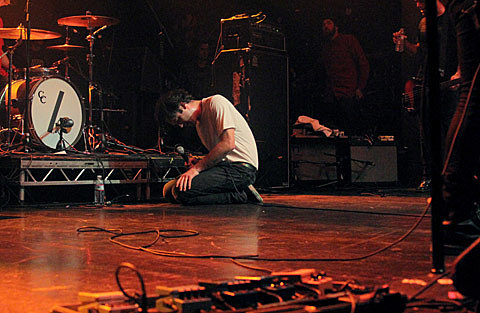 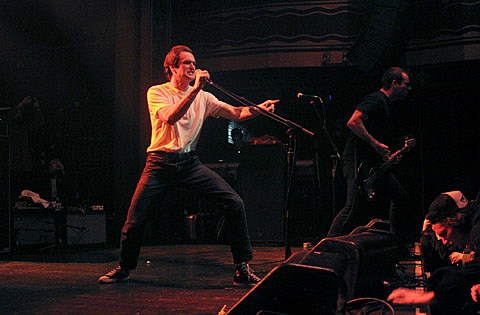 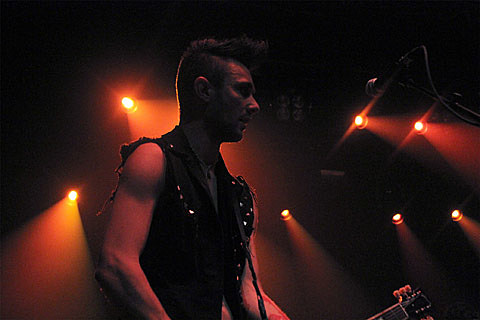 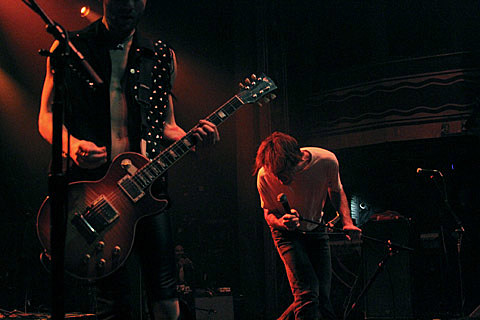 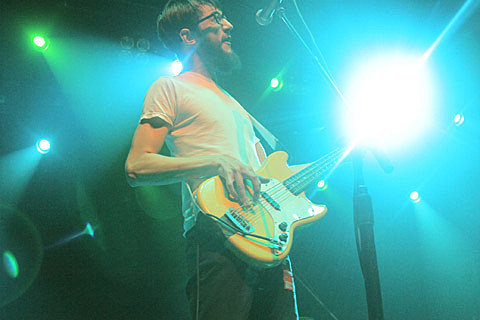 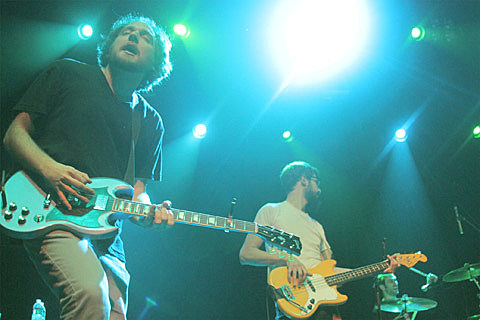 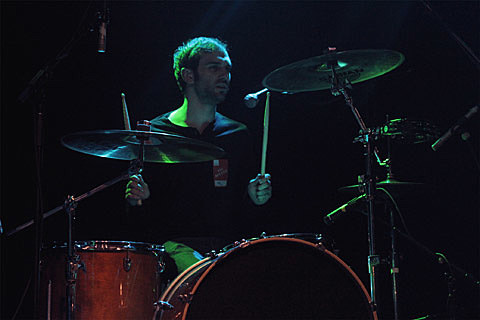 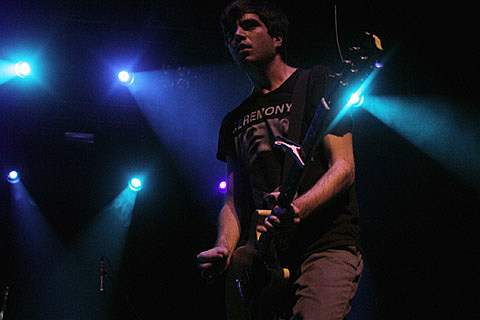 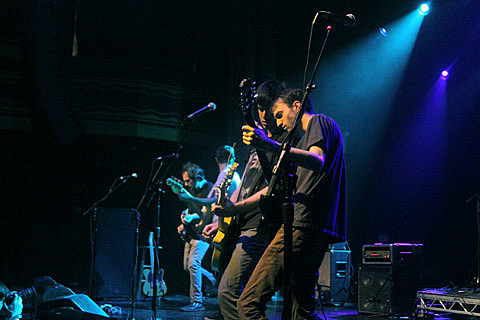 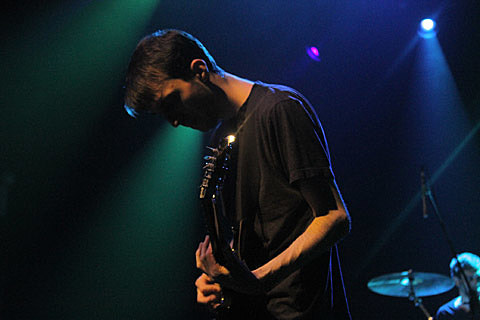 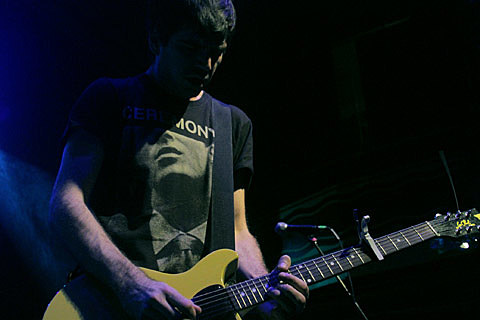