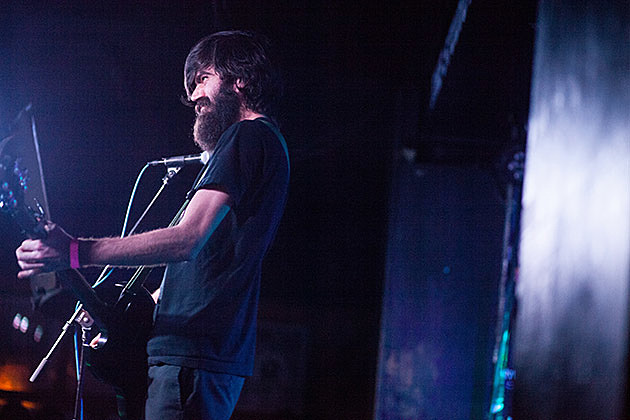 Titus Andronicus and Craig Finn are heading out on tour together in about a week, and to hype the upcoming trip the two acts have covered each other. Both Titus and Craig have a song called "No Future" (from The Airing of Grievances and Clear Eyes, Full Heart, respectively), and each has covered the other's "No Future" for a digital split single that's available now.

They've also released video from Titus's run of Shea Stadium shows last summer around the release of A Most Lamentable Tragedy. Craig joined them for some covers which you can now see, including his own (with The Hold Steady) "Stuck Between Stations," Billy Joel's "You May Be Right," and The Replacements' "Bastards of Young."

Their tour kicks off in NYC at Webster Hall on February 29. Tickets for that are still on sale.

Stream the "No Future" covers, and check out those live videos, below...