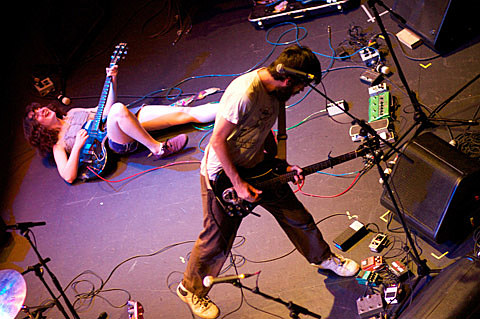 Titus Andronicus (who played Terminal 5 last night with Okkervil River), Obits, and Eleanor Friedberger (of The Fiery Furnaces) will join the previously announced Black Angels (who are listed as the headliner), Oberhofer, and Davila 666 on the lineup of the 4Knots Music Festival at South Street Seaport on July 16th (from 1-8pm, rain or shine).

According to show sponsor Village Voice, this is the final lineup of bands, though more details are still TBA, like set times and DJS for the free outdoor show. 4Knots is the replacement for Siren Fest which is no longer happening in Coney Island.

Ted Leo isn't playing 4Knots, but he is playing a free kick-off show happening one week prior, July 9th, also at The Seaport. It'll be a 10th anniversary performance for Ted Leo & The Pharmacists.

Ted Leo recently played Chaos in Tejas, Europa and Maryland Deathfest as part of an even older band, Citizens Arrest. Citizens Arrest have a new EP out now via Coextinction Records.

The Black Angels have another show happening at Maxwell's on July 15th which goes on sale Friday.

Eleanor Friedberger also has a show coming up sooner as part of the Nothside Festival.

The 4Knots poster (as it looked before these bands got added), and all Ted dates, below... 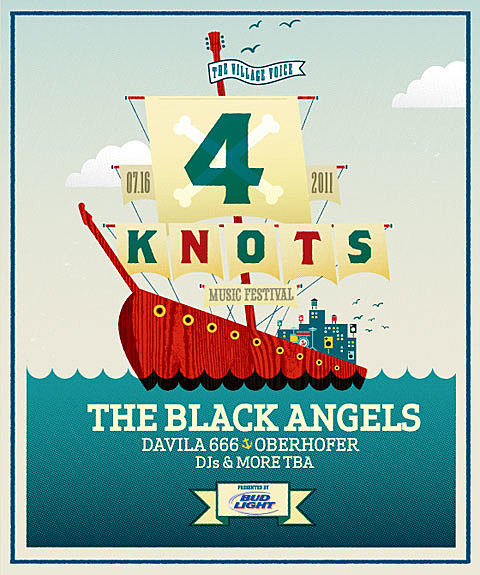