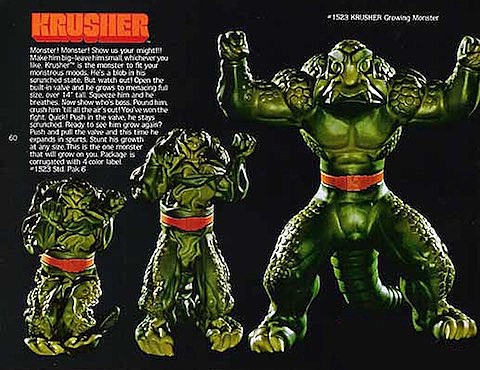 Coheed & Cambria will headline The Theater at Madison Square Garden on March 4 with quality support from Glassjaw and Silver Snakes. Tickets are on fan club/VIP package presale now, artist presale starts today at 10 AM, ticketmaster/MSGE/AmEx starts Thursday at 10 AM and general sale starts Friday at 10 AM. (Anyone have the password?)

Southern rockers The Outlaws should feel right at home playing Bushwick's BBQ restaurant/motorcycle garage The Shop on November 15. Tickets are on sale now.

Former Yes singer Jon Anderson has a new project with jazz musician Jean-Luc Ponty, and they're playing Long Island together on November 11 at The Paramount. Tickets are on sale now.

Eric Burdon & The Animals are playing The Paramount on December 4. Tickets are on sale.

The UK press was buzzing over Spector's Editors-ish sound back in 2012 when they were on BBC's 'Sound of 2012' list and their debut album landed on NME's best-of list. This year they have a new album, Moth Boys, and they'll be back in the US for NYC shows at Saint Vitus on December 1 and Mercury Lounge on December 3. Tickets for Merc go on AmEx presale today at noon and the general sale starts Friday at noon. Vitus tickets go on sale Friday at 10 AM (no presale).

Speaking of UK buzz bands, London duo HONNE appear to be gaining popularity for their mindie-R&B that sounds indebted to James Blake, Sam Smith, maybe Coldplay, etc. They already have sold-out Mercury Lounge and Rough Trade shows for November, and just announced a larger NYC show for Bowery Ballroom on March 11. Tickets go on AmEx presale at noon, general sale starts Friday at noon. You can listen to their new EP here.

Tickets for the Curren$y show at Irving Plaza go on Live Nation presale today at 10 AM (password = PIANO).

Tickets for the Black Sabbath shows at Jones Beach, PNC Bank Arts Center and Mohegan Sun Arena go on Citi and VIP package presales at 10 AM. Their MSG shows (same link) are on sale now.

Tickets for the Blood Orange & friends show at The Apollo go on BLOODORANGE.NYC presale at noon.

Tickets for the Torres and Palehound show at Bowery Ballroom go on AmEx presale at noon.

Tickets for the Ezra Furman show at Bowery Ballroom go on AmEx presale at noon.

Tempers and Dreamcrusher are playing Halloween at Aviv. Tickets are on sale.

The new La Dispute documentary Tiny Dots is screening in NYC on November 1 at The Studio at Webster Hall. We're giving away tickets.

Tickets are still on sale for Foals' upcoming headlining show at Terminal 5.