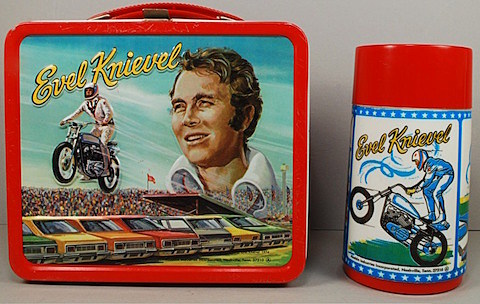 Electronic jam band Lotus are playing at show at Terminal 5 on February 6. Tickets are currently on sale.

Tickets for the Lamb of God, Anthrax, Deafheaven, & Power Trip show at NJ's Starland Ballroom go on sale today at 10 AM. Tickets for the Hammerstein Ballroom show are on sale now.

Marc Cohn is celebrating the 25th anniversary of his Grammy-winning debut album with two shows at City Winery on March 26 & 27. Tickets are currently on Vinofile member presale.

Tickets to the Cymbals Eat Guitars show at Shea Stadium with Laura Stevenson, Antarctigo Vespucci (aka Jeff Rosenstock and Chris Farren), and Mikey Erg go on sale at 10 AM.

Elizabeth Ziman (Elizabeth & The Catapult), Shannon Conley (Lez Zeppelin, Hedwig & The Angry Inch), Jenna Nicholls, and more are playing a tribute to PJ Harvey to commemorate the 15th anniversary of Stories From The City, Stories From the Sea on December 18 at Le Poisson Rouge. Tickets are currently on sale.

Dropkick Murphys are going on a 20th anniversary tour that hits NYC on March 9 and 10 at Webster Hall with Tiger Army and Darkbuster. Tickets go on sale Friday (11/27) at noon. The tour also includes four shows and one afterparty in Boston.

The Losers Lounge are playing six Brill Building tribute shows for three nights at Joe's Pub on December 3, 4 & 5. Tickets are currently on sale.

Soul legend Gladys Knight and The O'Jays are playing a show at Beacon Theatre on January 16. Tickets are currently on sale.

G-Eazy and A$AP Ferg sold out their show at Terminal 5 and added a second show on January 23. Tickets are on artist presale now and go on general sale on Friday at 10 AM.

Soul & R&B icon Nona Hendryx will pay tribute to Billie Holiday and Edith Piaf with a show called "Parallel Lives" which happens at Joe's Pub on November 29 with two shows (7 PM & 9:30 PM). It features the vocal talents of Joey Arias, Women of the World, Liza Jesse Peterson, Etienne Stadwjck and Hyndryx herself. Tickets are on sale.

Tickets for The World Is A Beautiful Place & I Am No Longer Afraid To Die show at Baby's All Right are on sale now. Their MHOW show with Foxing is sold out.

Tickets for the 1349, Tombs and Full of Hell show at Saint Vitus are on sale now.

We're giving away tickets to the Kelela show at MHOW on Facebook.