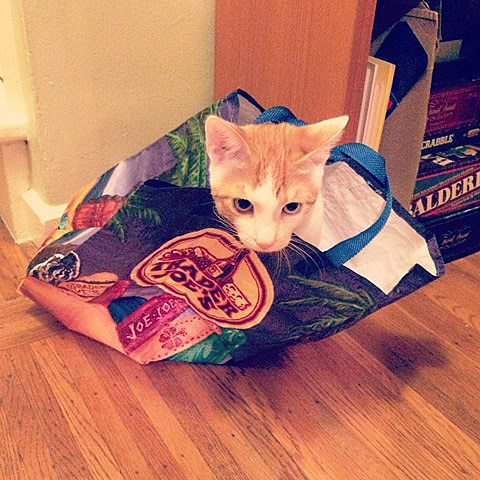 Tickets for the Fleetwood Mac shows at MSG, Atlantic City, Nassau Coliseum and Prudential Center go on AmEx presale today at 10 AM.

Tickets for The Who shows at Nassau Coliseum, Barclays Center, Forest Hills Tennis Stadium, Prudential Center and MSG go on Citi cardmember presale today at 10 AM.

Tickets for the Neil Diamond show at Barclays Center go on sale today at 10 AM.

Tickets for the second Soulside reunion show at Saint Vitus go on sale today at noon. The other show is sold out.

Cold War Kids (who also play Rough Trade while they're here) headline the annual pre-CMJ Conflict of Interest party which is at Brooklyn Bowl on October 21 this year with Aurora, Chief Scout and special guests. Admission is free with RSVP or a CMJ badge.

Speaking of CWK and CMJ, Cold War Kids-related project French Style Furs are headlining the Frenchkiss Records CMJ showcase at Fontana's on 10/23. Shark Week, The Suits, Strange Names and Bright Light Social Hour are also on the bill, and tickets are on sale.

Tickets for the official BrooklynVegan CMJ showcase with The Jazz June, Pity Sex, Beach Slang, Cayetana and Sport happening at Baby's All Right are on sale now.

BrooklynVegan is also co-presenting the Iron Pier CMJ showcase with Self Defense Family, Walter Schreifels & the Dead Heavens and Deep Pockets, and tickets for that one are on sale now too. And BV is also co-presenting the free No Sleep showcase with John Nolan, Xerxes, Rescuer, Run Forever and more, and will be putting on two TBA free day parties.

There's also the BV-presented US live debut of Sleaford Mods at The Wick on November 29 with The Gotobeds and The Rogers Sisters. Tickets are on sale now.

Beach Slang also play the show at Saint Vitus with Cheap Girls, Lee Corey Oswald, Signals Midwest and Chumped. Tickets for that show are still available and we're also giving away a pair on Facebook.