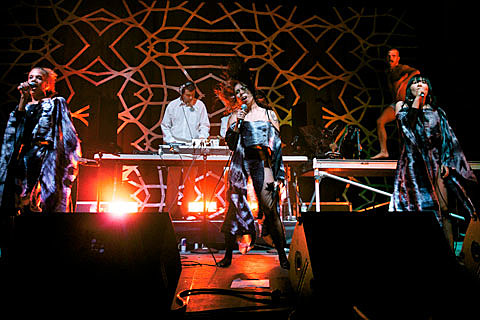 As mentioned, the DFA Records 12th Anniversary Party is this Saturday (5/25) at Brooklyn's wonderous Grand Prospect Hall featuring a cavalcade of the label's talent, including live performances from YACHT, Shit Robot, Black Dice, Planningtorock, Prinzhorn Dance School, Factory Floor and more; and DJ sets from James Murphy, Nancy Whang, Juan Maclean, Tim Sweeny and more. Plus, "special guests." The show's been sold out for some time but more tickets are being released today at 2 PM so here's your chance if you missed out before.

In other news, the Crystal Ark have a few new remixes fo their track "Rain" (from last year's eponymous debut) and we've got the premiere of the Barker & Baumecker remix in this post. Stream that below.

Also as mentioned, YACHT, Prinzhorn Dance School and Larry Gus will play Shea Stadium on Friday (5/24). Tickets are still available, but if you'd like to go for free, we've got a pair to give away. Details on how to enter are below.

Prinzhorn Dance School also play Cameo next Monday (5/27) with DJ sets from DFA labelmates Planningtorock and CREEP, plus a live performance from Dan Bodan who is also playing his first U.S. shows as part of the DFA weekend. Tickets for that show are still available. 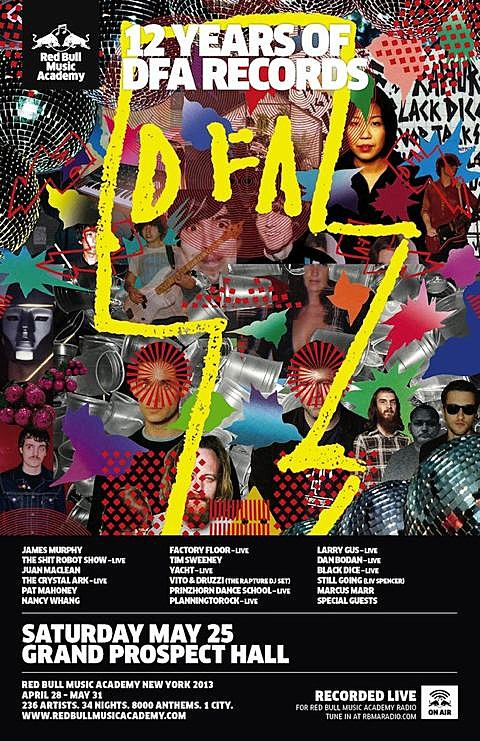 ======================
For a chance at winning a pair of tickets to see YACHT AT SHEA STADIUM: either tweet something that includes both @BrooklynVegan AND "YACHT" in the tweet, or send an email to BVCONTESTS@HOTMAIL.COM with the subject line "YACHT". Include your first and last name in the email. We'll pick a winner at random and contact them with more details. If you enter by email, it will not be shared with anyone else. Good luck!
======================