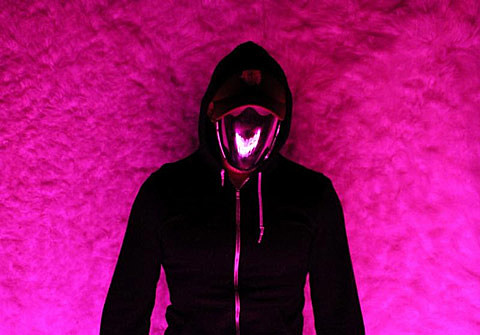 This week (5/13), Black Moth Super Rainbow's Thomas Fec released his third album as Tobacco, titled Ultima II Massage, via Ghostly. It's full of the distorted synths, warped beats and even some really poppy melodies buried under all that other stuff. The album opens with "Streaker" that adds vocoder, an unrelenting buzzsaw synth hook, and a quaalude haze to the mix. It's vaguely creepy, but that's nothing compared to its video which was directed by eww-master Eric Wareheim (of Tim & Eric). In it, we take a first-person visit to the Ultima II Massage Parlor where there are scuzzy clowns, unpleasant nudity, and no happy endings. Watch the decidedly NSFW video below.

Tobacco has a few dates this summer, including Toronto's NXNE Festival and a short Northeast tour with The Stargazer Lilies. Those shows include a stop at Brooklyn Bowl on July 16 with Zackey Force Funk. Tickets are on sale now.

All dates are listed, along with that music video and a stream of an another song off the album, below...