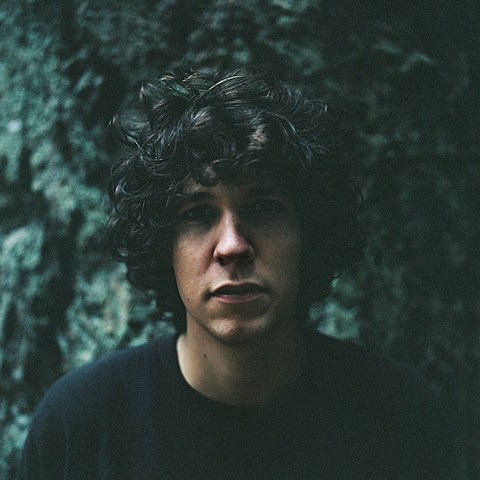 Tobias Jesso Jr. has been picking up some internet buzz off the few songs he'd released online, most notably "True Love," and now he's announced his debut LP and a tour. The album is called Goon, it's due out March 17 via True Panther, and was produced by Chet White (ex-Girls), Black Keys' Patrick Carney, and Sky Ferreira/Haim/Usher producer Ariel Rechtshaid. According to a press release, they recorded it in San Francisco and LA, the latter being where he lived from 2008-2012 while he was playing bass "for a Pop singer." He's also a previous member of The Sessions and HoneyChild, a previous collaborator of Angela McCluskey, and he used to date Elvis Presley's granddaughter.

So far Tobias has put out the album's single, "Hollywood," and played two other tracks, "Without You" and "Just A Dream," in a La Blogotheque video session. Like "True Love," the songs sound most directly inspired by the piano balladry of John Lennon's '70s solo output. The way he moves his chords, inflects his voice: right out of the Book of Lennon. Hear for yourself, with the album tracklist, below.

Tobias' tour kicks off in late March (which probably means he'll be at SXSW) and comes to NYC for two shows: March 26 at Mercury Lounge and March 27 at Baby's All Right. Tickets for the Baby's show go on sale Thursday (12/11) at 11 AM, and tickets for Merc go on sale Thursday at 2 PM with an AmEx presale starting noon on Wednesday (12/10).

These will actually be his fourth and fifth NYC shows. In November, he played three intimate shows here. Stereogum reviewed the first and wrote, "Jesso was set up with only a Rhodes piano and no microphone right next to the kitchen in someone's loft on the Williamsburg waterfront, just down the block from where Death By Audio was celebrating and mourning its final week of existence. There couldn't have been more than 50 people there, mostly friends and a few members of the press."

All dates are listed, with the videos, song stream and tracklist, below...

Goon Tracklist:
1 Can't Stop Thinking About You
2 How Could You Babe?
3 Without You
4 Can We Still Be Friends?
5 The Wait
6 Hollywood
7 For You
8 Crocodile Tears
9 Bad Words
10 Just A Dream
11 Leaving LA
12 Tell The Truth