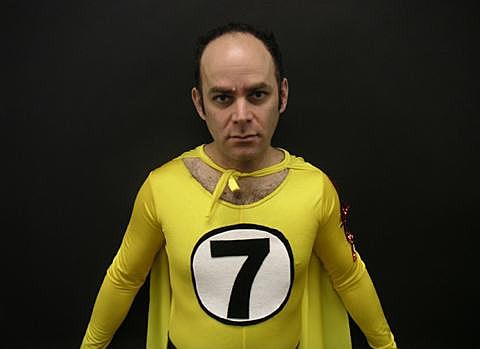 Todd Barry has been one of my favorite comedians for the past 10 years and the only reason he didn't make it onto my Top 10 Mostly Local Comedians Who I Really Enjoyed in 2012 list is because he is a seasoned 25-year veteran of the biz and as close to perfection as a comedian can possibly be. He don't need my props. We New Yorkers are lucky in that we can see Todd usually several times a week, but when the man announces a formal tour, a tour that even has a theme attached to it, well, it is my job to alert the masses. In just a few weeks, as mentioned, Todd will be embarking on a tour called TODD BARRY: THE CROWD WORK TOUR:

A Todd Barry show consists of two things: amazing jokes and amazing crowd work. On this tour he's not doing the amazing jokes. That's right, an entire show of riffing and bantering with the audience. Could be good!

Could be good? More like WILL be good. I've seen Todd about a hundred times in places ranging from casual backrooms and basements to formal comedy clubs to larger theaters. When he breaks from his material to engage an audience member (or members), it is a sight to behold. It's a great opportunity to see how this guy's brain works.

Todd's tour hits NYC on January 21 at Union Hall for two shows. The early show is sold out but you can still get tickets to the 10 PM performance.

In addition to The Crowd Work Tour (dates below) you can catch Todd at the EastVille Comedy Club several times between January 10 - January 13. Todd plays there a lot (as does Janeane Garofalo) and you can also get free tickets to Eastville shows via Best New York Comedy. All tour dates are below.