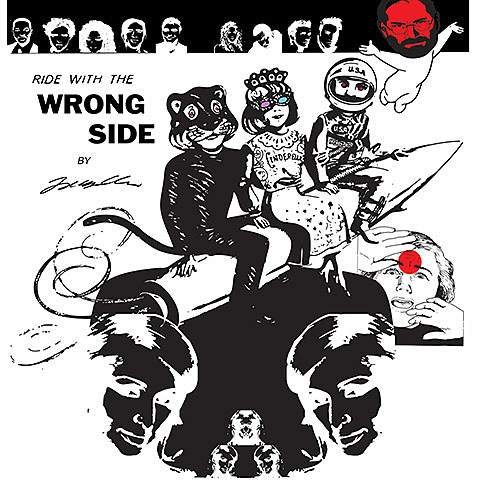 Toys That Kill's Todd Congelliere is releasing a solo album, Wrong Side, which will be out via Lauren Records/Recess sometime in the near future. Unlike TTK's salty-sweet punk, this definitely sounds like a solo joint, ranging from VU-style workouts to piano-fueled rave-ups and a little "When the Levee Breaks" sampling in there too. Preorder the album here and you stream the whole thing (via Noisey) below.

Todd has a couple NYC shows coming up. He's on the bill for the Screaming Females / Tuff Tits show at Silent Barn on March 7 (which is Shellshag's birthday party), and then again with Tuff Tits at Death by Audio on March 9. The DbA show has Todd playing with Shellshag, and they'll help each other out on each's respective songs, and Magnets, Dirty Circle, and Lilith Velkor are also on the bill.

Screaming Females, who also have other dates, just released a stream of "Lights Out" from their upcoming Steve Albini-recorded live album, which you can listen to below.

Todd also has some European dates this spring and all are listed, along with the album stream, below...

Screaming Females - "Lights Out" Live at the Hideout