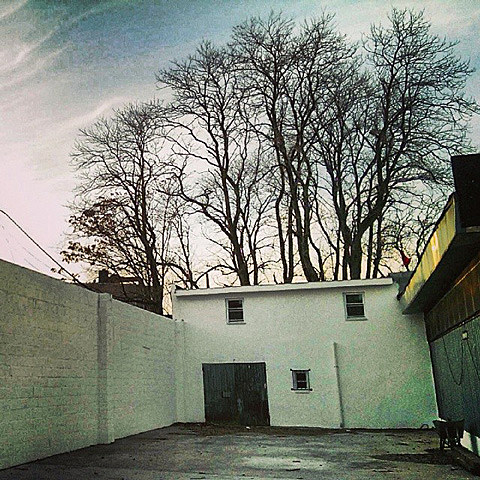 As discussed, the new Todd P venue Trans Pecos in now open in the old Silent Barn space (915 Wyckoff Ave), and its schedule is already filling up with a number of shows this month into next. In a new message from Todd, he explains that these currently announced shows are "preview events" and that they've still got a ways to go in terms of renovation. You can read his full statement, which includes many more details about the future of the venue, below.

Meanwhile, the new Silent Barn is open too, and trying to raise money.

Hey there! We're really happy that the word is out and Trans-Pecos aka
915 Wyckoff (aka the old Silent Barn space) is opening its doors for a
series of preview events. While we are hosting this limited run of
shows right now, we still have quite a ways to go and the renovation
of the space continues. We are working hard not only to give a 2nd
life to a beloved old show space, but also to make something new: a
comfortable, put-together, organized, uncluttered, clean, all-ages
venue with all of its legal paperwork in line - renovated on a modest
budget, that is neither slick nor upscale. We expect to have
everything completed in the next few months.

This is what's been done so far:

-resolved the space's legal issues related to the shutdown 2 years ago
-put in a second fire exit and reconfigured the doorways and the entrance
-given the entry doors "panic bars" and made them swing out rather
than in (for safety in emergencies)
-added Exit signs and emergency lighting
-added windows to the front doors so the place doesn't hide from the
neighborhood anymore
-gutted the drop ceilings throughout the building to expose the
beautiful dark-wood joists and vaulted ceilings that always were
hidden (the acoustics are terrific!)
-added skylights for light and for ventilation
-removed old vestigial pipes and dead electrical gear on the walls
-cleaned up, and finished properly all holes in the walls and
unfinished Sheetrock corners
-gotten the heat working again (it's been 7 years!)
-rented an enormous, gorgeous, tree-canopied neighboring lot to serve
as the venue's backyard

Some improvements on the way are:

-adding a modest stage
-resurfacing the hardwood floors
-upgrading the electrical throughout the space
-cleaning dusty surfaces and smoothing rough edges everywhere
-adding a permanent bar in a separate room from the show space, that
will be open on nights even when there aren't shows
-rebuilding and beautifying bathrooms
-cutting in direct access to the new backyard
-planting plants and seating in the backyard
-adding 6 restaurant-style booths along the walls of the venue space,
plus several folding "library style" tables and chairs for daytime
cafe use
-replacing all of the chipped and cracked glass window panes
-painting over the bad murals / preserving the good murals
-painting over all of the tags and grime
-adding a state of art soundsystem
-etc etc etc

The booking of Trans-Pecos is a cooperative effort by a coalition of
knowledgeable and tasteful stalwarts of the intellectual music
community, led and wrangled by Sam Hillmer of the band Zs. Trans-Pecos
sees our mission as a continuation of the tradition of places like
Zebulon, Tonic, and the original Knitting Factory - as a home for a
wide variety of "new" music genres, whose commonality is quality and
deep knowledge of the cannon of intelligent music. Trans-Pecos is not
a space for buzz bands, but nor is it a recital hall - we see the
space as a showcase for great performances, as much as meeting place
for tasteful lovers of music, where it's also ok to socialize and have
a good time. An "out" venue you might bring a date too, if you will;
with its heart in the right place but putting taste before good
intentions.

The folks involved in curating will vary somewhat from season to
season, but here is who is on board for our inaugural run:

We're also looking forward to the opening of a new espresso cafe to
operate out of what was once the front bedroom - helmed by Bradford
Sill and Collin Crockett of Red Lantern cafe and Fresh 'Til Death
Cafeteria. The cafe will operate both as a walk-in counter espresso
bar, and as a sidewalk service counter out the window; and the venue
room in the back will double as cafe seating by day. Bradford and
Collin make and supply nut milks to cafes all over Brooklyn, and will
be serving a variety of vegan and standard-style treats in the cafe.

The other former bedrooms have been equipped with skylights for light
and ventilation, and have been reconfigured as studio space for
working artists and creative businesses. Northern Spy Records is
operating their office out of one room, a prominent photographer is
setting up a studio in another. A cooperative membership woodworking
shop plans to open soon in the new annex building adjacent to our new
backyard. We're excited about the model of independent businesses
using the space cooperatively, but autonomously.

The new backyard (which is located just out the backdoor of the main
venue space, on the other side of a longstanding cinderbock wall) will
mean an outdoor place to hangout (and also, smoke) during shows, plus
outdoor seating for the cafe, and we have plans for a second stage for
outdoor shows in the summer. We will be constructing outdoor tables as
well as planters to fill the place with green - all on wheels to make
the spot easy to clear out for those summer outdoor concerts.

Unrelated, but because the question has been asked: the process of
reopening Market Hotel is continuing concurrently while Trans-Pecos
opens, and Market will be hosting shows again in the new year as well.