The rain held off for Todd P's Unamplified Acoustic BBQ at Fort Tilden Beach on Sunday, June 14th. At the show, a sizable crowd congregated along the dunes where acts from the day's lineup played on acoustic guitars, hand percussion and various other things (xylophone, a small boombox, etc).

Park rangers watched from the hills behind, and only intervened, as far as I could tell, when people walked onto the dunes or into the water.

On the beach, the temperature was at least 10 degrees cooler, with a strong wind that carried away a lot of the sound. I caught a couple acoustic acts, and Puttin on the Ritz' B.J. Rubin, who told a story about going to Monterrey with Todd. White Diamonds decided to spin the unamplified theme, opting for a performance-art set that featured an iPod hooked to a stereo. The band clanked on bells, hit a drum and threw clumps of sand in the air. Even with a bit of sand in their hair, everyone seemed to be enjoying themselves.

It looks like the group moved toward the water later in the day to gather more closely around the bands (via Dumbo Books of Brooklyn)...

The bands started moving down to the water as the day waned. As far as we could hear, nobody introduced anyone, and when bands alternated, they sometimes passed on their instruments.

We noticed what we think was Todd P talking to the park rangers back by the rise where the beach begins (or ends). On our way out via the concrete path, we asked the park rangers if we could take their photos. No dice, not even for an alter kocker wearing a blue Rockaway Beach Surf Shop t-shirt. But the rangers, who tolerated the nude beach back in our day at least, said they enjoyed the day and had no trouble.

More pictures below (though only of a very short part of it)... 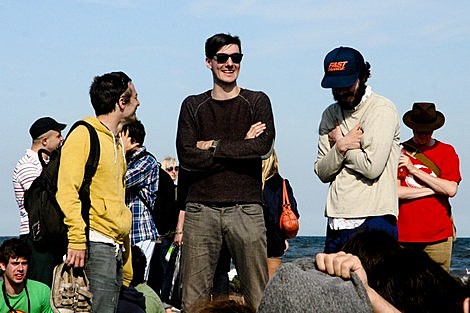 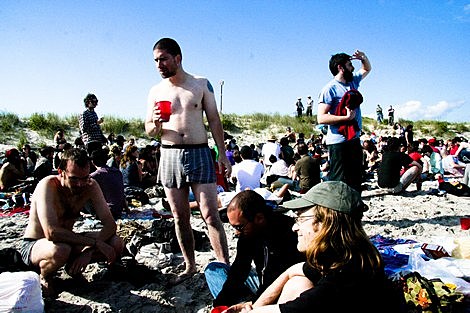 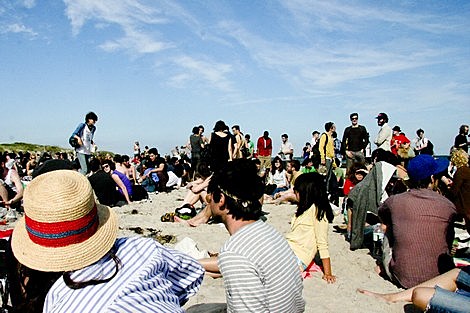 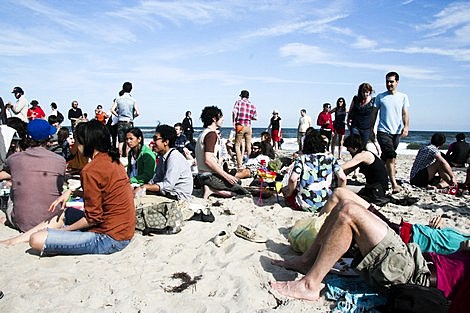 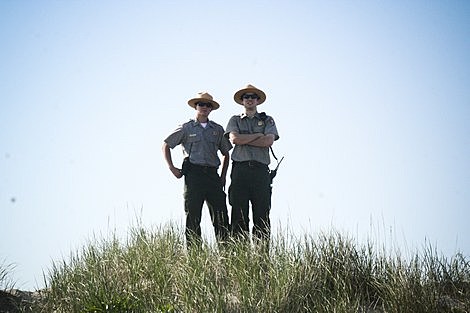 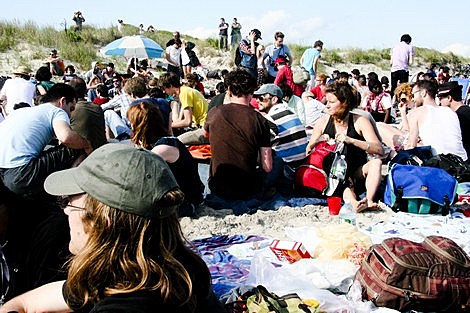 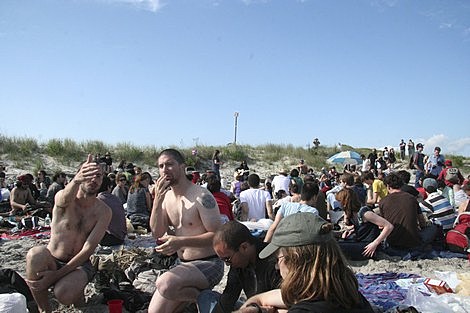 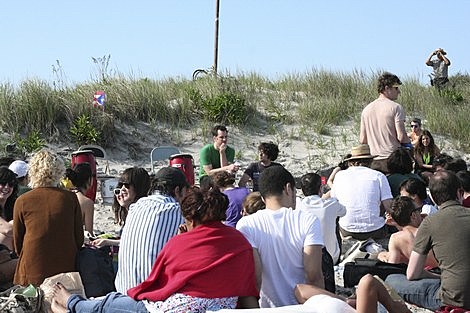 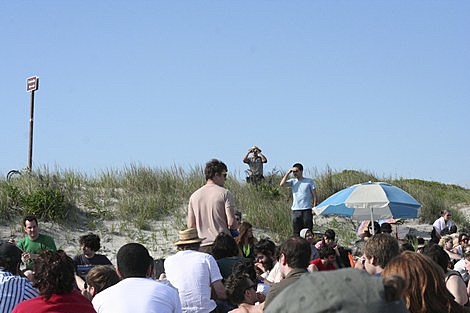 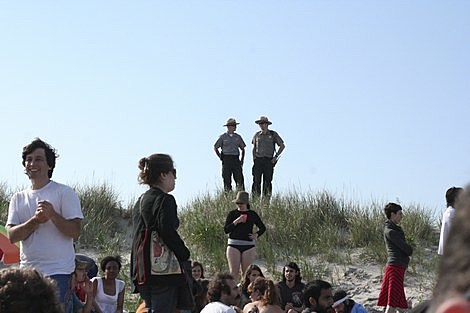 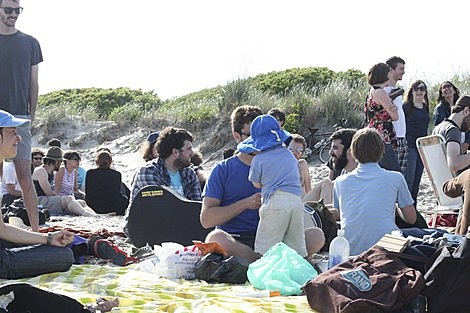 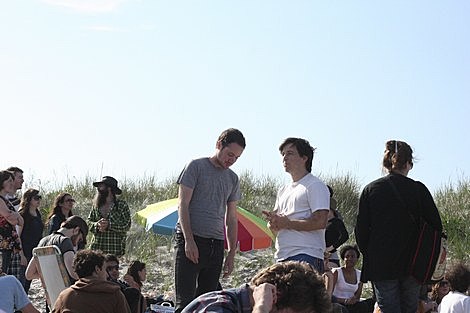 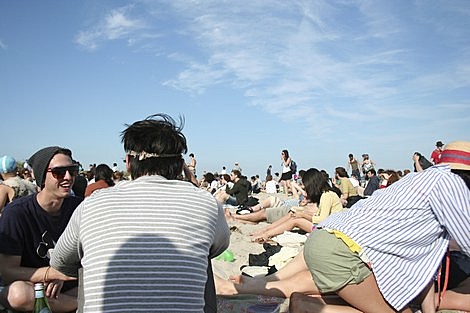 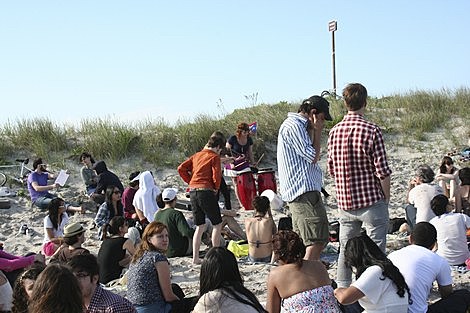 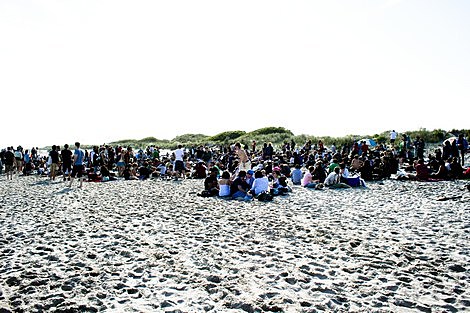 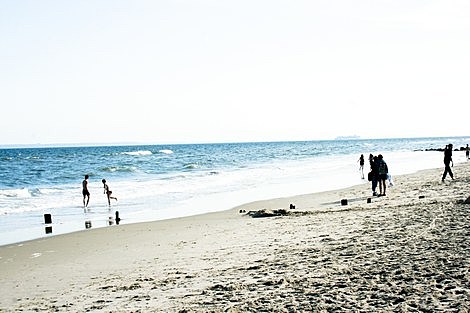 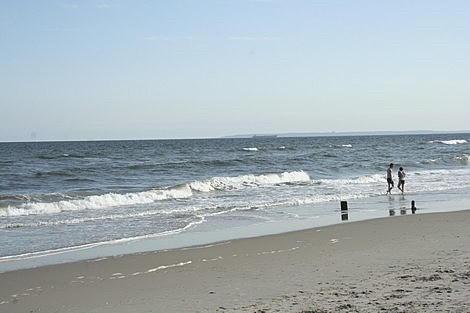 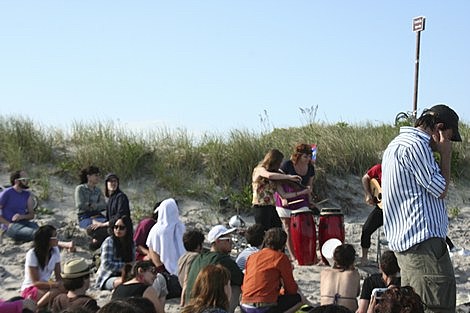 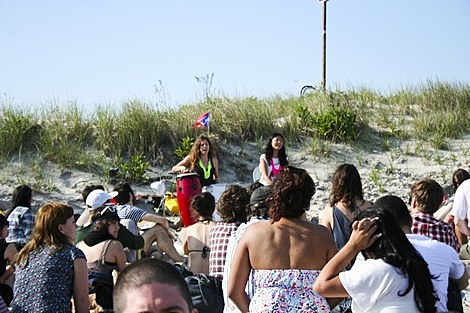 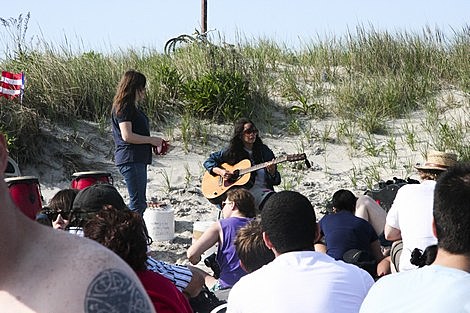 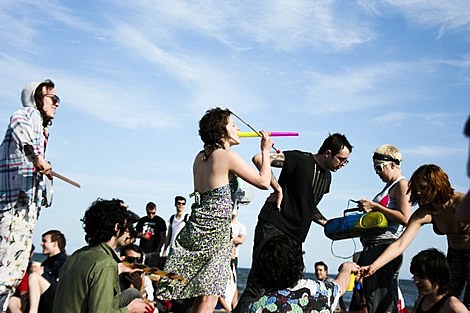 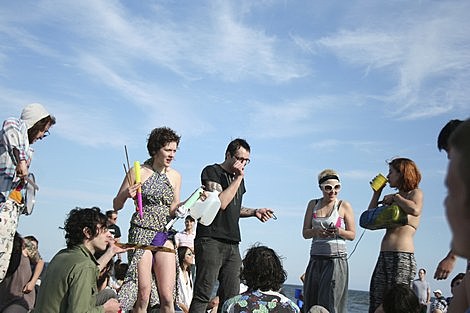 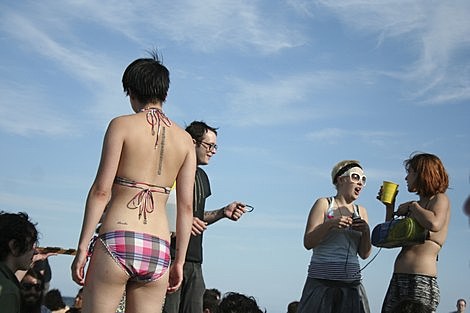 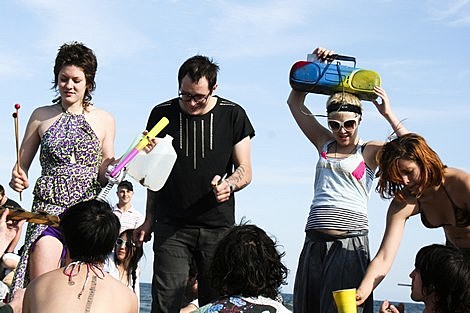 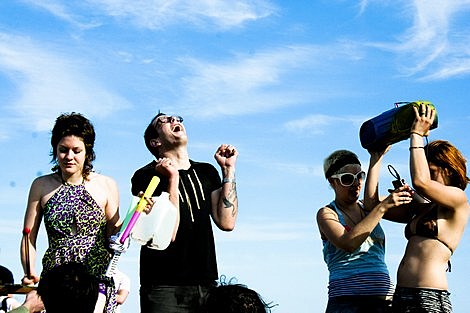 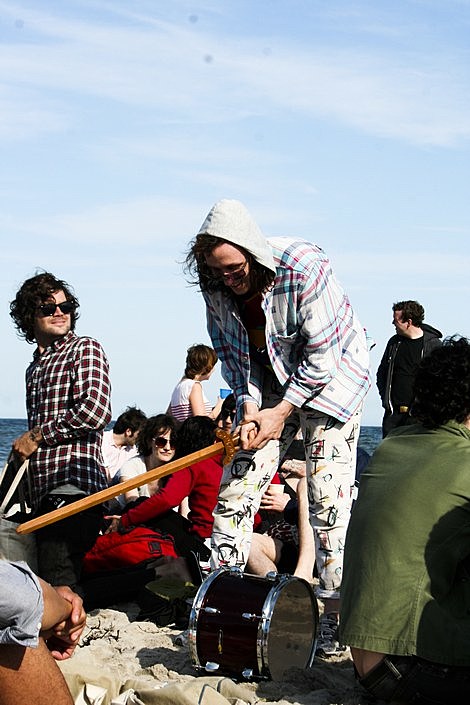 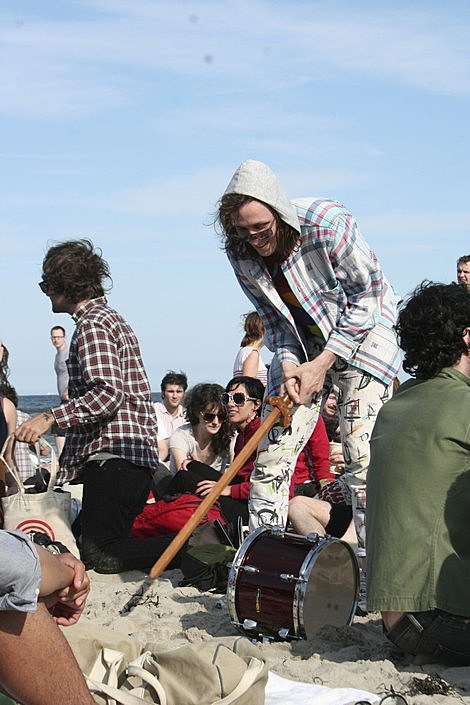 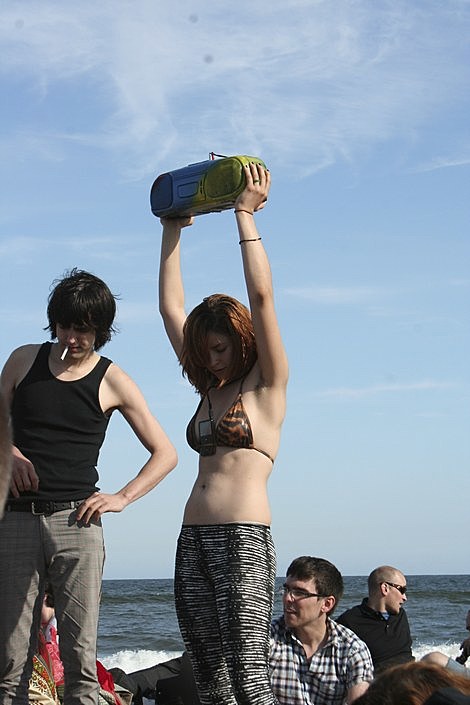 This is what the final advertised schedule looked like: