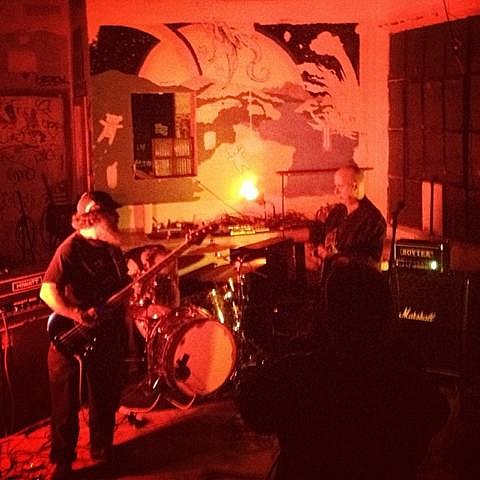 A few weeks back, we mentioned that Todd P has established a new, legal/up-to-code venue called Trans-Pecos in the former Silent Barn space at 915 Wyckoff Ave; the venue officially opened its doors with a Northern Spy Records-curated Gnaw/Notekillers/Psalm Zero show last week. (NSR will host a weekly show series every Thursday at the venue.) Trans-Pecos still doesn't have much of an official web presence, but a number of shows have been announced for the spot on top of the aforementioned Pop. 1280/Ukjah Drag/Herzog Rising/Nick Klein show this Thursday (12/12). Here's a rundown.

All of the following have $8 covers and will open their doors at 8 PM, except where noted...

On Friday (12/13), noted Rhode Island IDM crafter The Range (who recently released a new album) will play with Zeljko McMullen, Michael Beharie, and Diamond Terrifier. The door charge goes up to $10 for this one.

On Saturday (12/14), the aforementioned Peter Kerlin Octet/Sunwatchers/Platinum Vision lineup will be joined by all-girl Japanese rockers Hard Nips (who are nonetheless based in Brooklyn) in the headlining slot.

If you're curious about what Trans-Pecos has done with the former Silent Barn space, check out this Bedford and Bowery writeup. Flyer for Thursday's Pop. 1280 show is below... 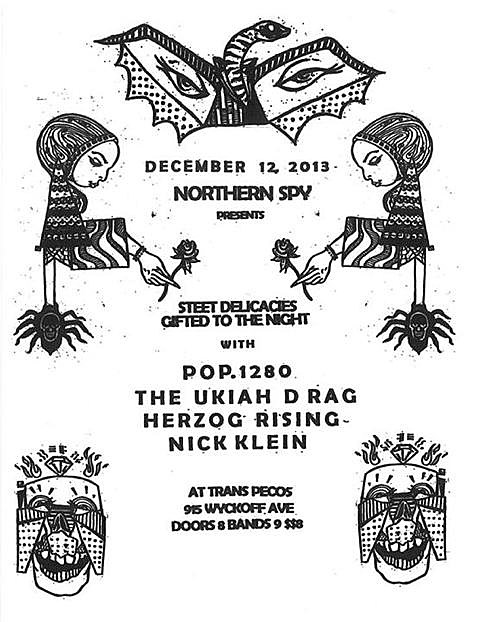