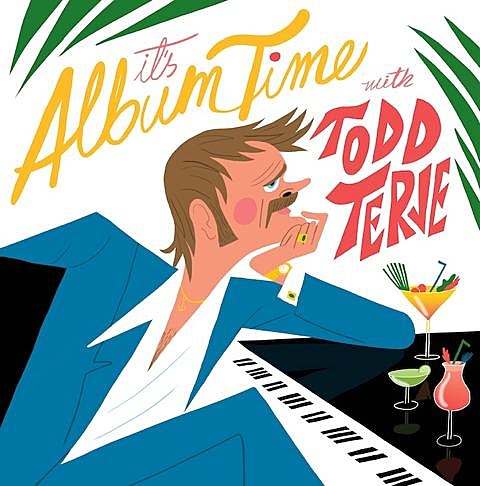 Although he's released a steady stream of singles, Norway's Todd Terje has yet to release a full-length. That changes on April 8, the day Terje says It's Album Time. That's the groovy cover art above, which was done by illustrator Bendik Kaltenborn who's worked with Terje on his last few single sleeves. The record features a cover of Robert Palmer's "Johnny and Mary" with lead vocals from Bryan Ferry, plus previously released tracks "Inspector Norse" and "Strandbar." You can stream a new song -- "Delorean Dynamite" complete with a Phil Collins/Miami Vice-style drum fill -- and check out the album tracklist below.