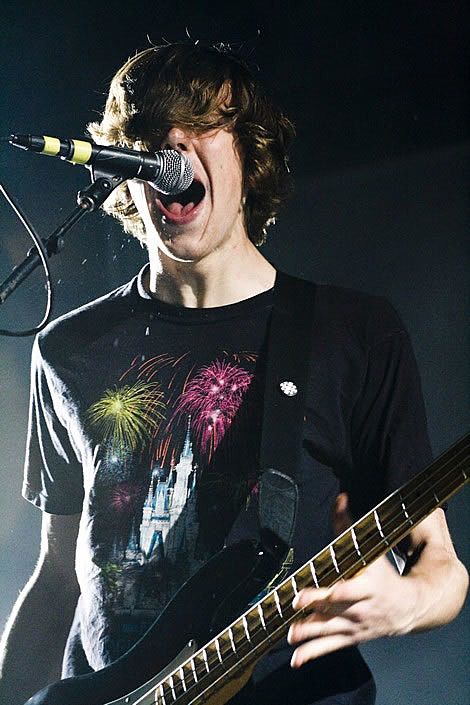 Having just completed an extensive North American tour supporting Weezer and currently staring down a Dec. 12-23 tour of their native Canada, the four young men of Tokyo Police Club continue to laugh in the face of road fatigue: The band has announced one more run of U.S. dates beginning February 24, 2009 in Providence RI.

In other news, Tokyo Police Club will make its return to the small screen next week, following up a recent DESPERATE HOUSEWIVES cameo with a Dec. 10 late night (or early Dec. 11 for those who feel the need to be technical) performance on the LATE LATE SHOW WITH CRAIG FERGUSON.

Following the completion of the dates below, Tokyo Police Club plans to begin work on the follow up to its acclaimed debut full length Elephant Shell, which was released April 22 of this year on Saddle Creek.

The NYC show is February 25th at Webster Hall (the venue they were supposed to play before they cancelled to go on tour with Weezer). Born Ruffians are opening. Stay tuned for ticket info. All dates and openers below...