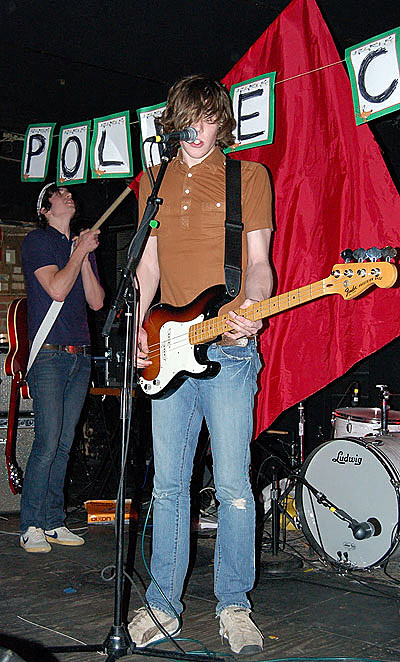 Before heading over to Pianos to watch Cold War Kids, I caught Toronto's Tokyo Police Club play their 1st NYC show at Mercury Lounge (May 1, 2006). Part Unicorns, part Thunderbirds are Now!, part Bloc Party, Tokyo Police Club put on a great (but short) show to the appreciative few who showed up. 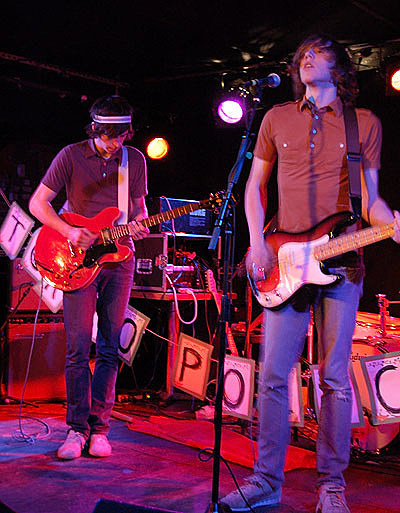 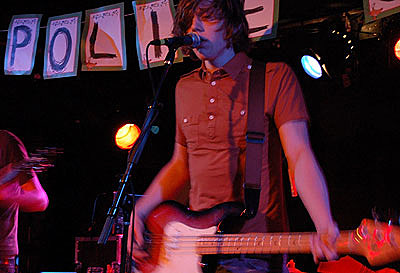 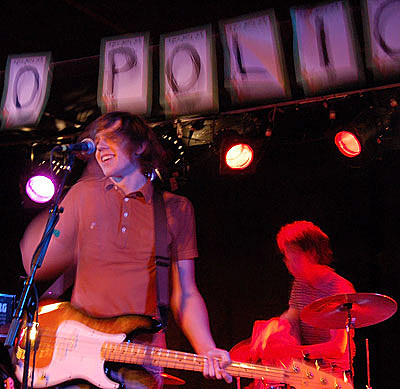 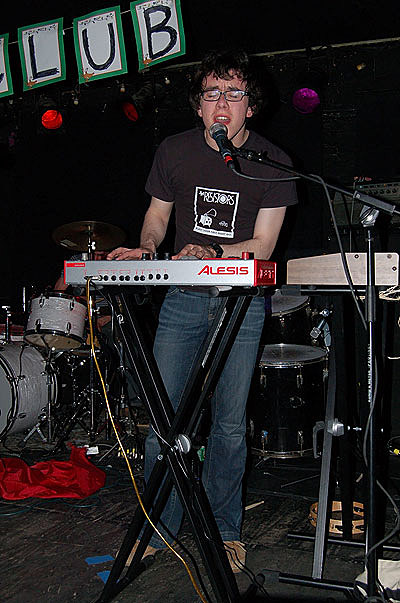 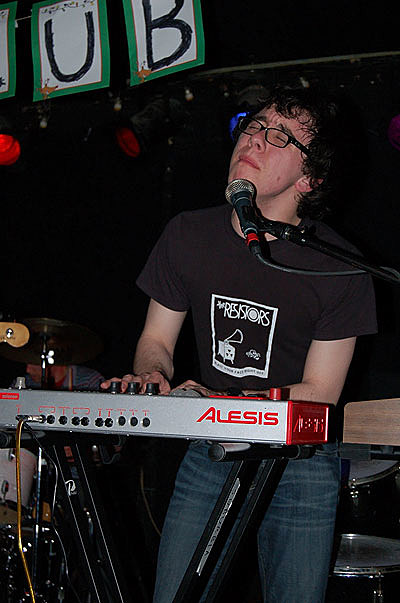 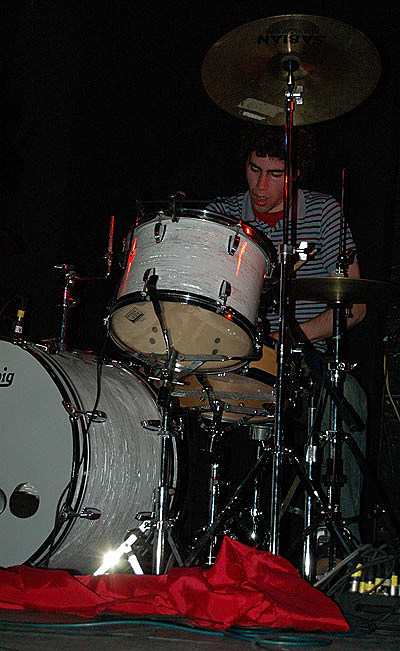 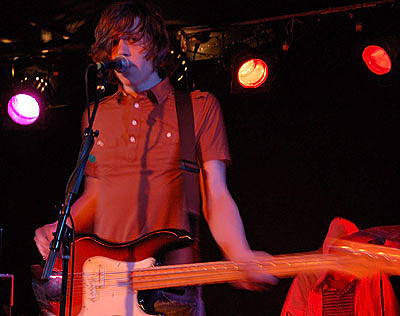 Props to the band for continuing to play with only three bass strings when one broke. Props to the girl in the audience who helped them tie their falling banner up after the first song.

After the show everyone yelled for 'one more song', but the sound guy turned up the Arctic Monkeys CD before the band had a chance to decide if they'd do it.