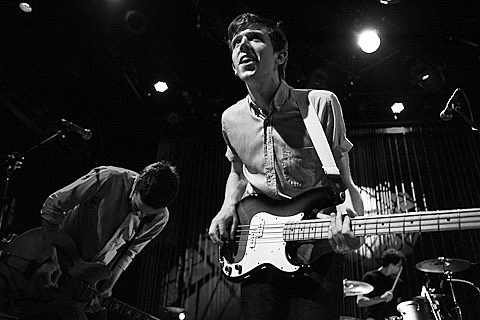 Indie popsters Tokyo Police Club are still kicking, and planning to release the followup to 2010's Champ in 2014. No title or release date has been announced yet, but they've just revealed the almost-nine-minute first single, "Argentina (Parts I, II, II)." Not that there weren't similarities before, but with this single and Comedown Machine, TPC and The Strokes are sounding more and more alike these days, if TPC aren't a bit more celebratory. You can watch the lyric video for the new song below.

The band also have some US dates coming up in the spring, and though a full tour hasn't been announced yet, we know they'll be in NYC to play Webster Hall on May 15. Tickets for that show are currently on AmEx presale, and the general on-sale begins Friday (12/13) at noon.

All currently known dates are listed, along with the new video, below...