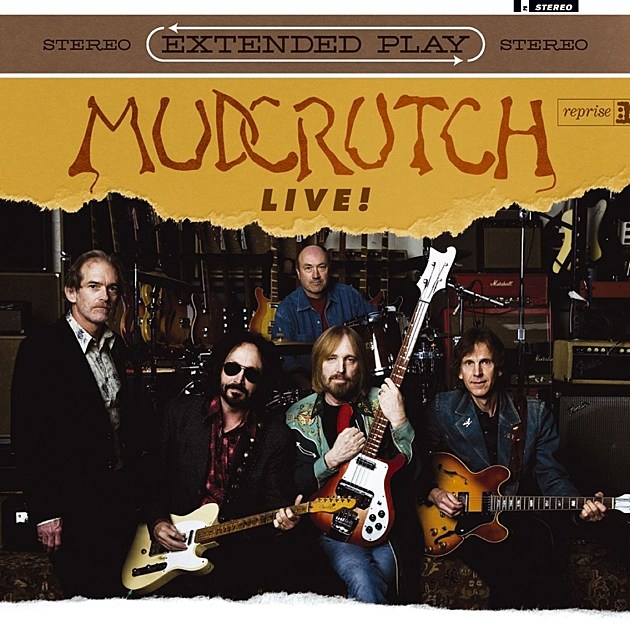 Mudcrutch, Tom Petty's pre-Heartbreakers band that were initially around in the early '70s but didn't record an album until 2008, will reunite this year. Their first announced date is the jam-oriented Illinois festival Summer Camp happening May 27-29 with The Roots, George Clinton, Fishbone, Lotus, Umhprey's McGee, moe., STS9, Thievery Corporation, Ani DiFranco and more (tickets).

In an interview with Rolling Stone, Tom Petty also said Mudcrutch is working on a new album and plan to tour:

Are you going to tour when the album is done?

Sure. I want to get over to the East Coast with it too. Last time we were kinda under the gun because there was a big Heartbreakers tour coming up not long after that, so we didn't have a lot of time. We kind of just ran up and down the West Coast real fast and did a fairly long stand at the Troubadour. Those were really fun gigs. It's a totally different thing than the Heartbreakers. It's a different rhythm section. It's a different style of music. Just writing for this group is interesting because I have to change my mindset from where I'm at today with the Heartbreakers.

Stay tuned for more, and a stream a track off their 2008 album below.

Two people that Tom Petty has performed with, Eric Clapton and George Harrison, also have news. Clapton's releasing a new album called I Still Do on May 20, and the track "I Will Be There" will feature unreleased vocals and guitar from the late Harrison. He's credited as Angelo Mysterioso, the same pseudonym he used when he appeared on Cream's Goodbye. The album's artwork was done by Sir Peter Blake, who also worked on the Sgt. Pepper's Lonely Hearts Club Band artwork (via NME).