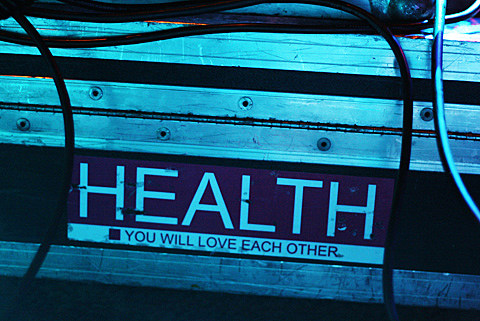 "We had just come off tour in 1980 for Remain In Light with the expanded line up and it had really been a great tour and very exciting but it was expensive for us so at the end of the tour our accountant said, 'Well, you've gotta do something because you've only got a couple of thousand dollars in the bank!' So Tina [Weymouth] and I looked at each other and said, 'What shall we do?..." [Chris Frantz]

Tom Tom Club have added another NYC show to their previously-announced tour. Two days after their October 14th show at Santos Party House (tickets still on sale), they'll play a show at Brooklyn Bowl. Tickets for the October 16th gig go on sale Friday at noon.

And speaking of Santos Party House, HEALTH have been added to the July 22nd Midnight Juggernauts show there. Tickets are on sale.