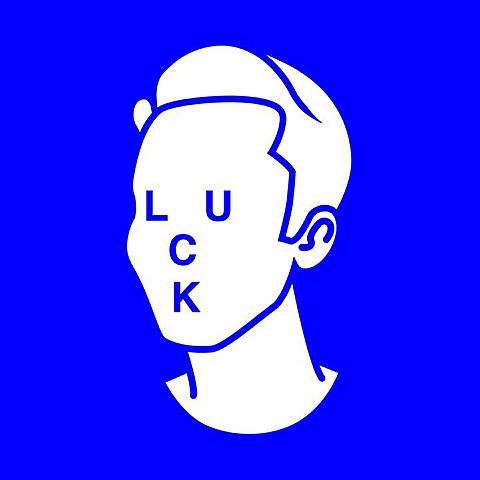 Dazed Digital: Your last album, Leisure Seizure, took about five years of suffering for your art. Was it easier this time around?

Tom Vek: I think so. There's pros and cons to working on your own and with other people, but with this one I thought, right, I'll try and get it completely done on my own. It gets closer to this idea that you're expressing a singular - not even a vision, because I'm not sure I have a vision, but a character. That's always been the deal with this project, with these Tom Vek records. Everything has to have been done by me. There are no samples, and everything has to have been made from scratch. It's about capturing something that might be a bit shambolic or something a bit scatty, something a bit imperfect. - [Dazed Digital]

It took Tom Vek five years to make his second album. It only took him three to make his third, Luck, which will be out June 9 via Moshi Moshi. That is the minimalist cover art above. The first single from the record is "Sherman (Animals In The Jungle)" which... sounds like Tom Vek. Not a bad thing to have every few years. You can check it out via a lyric video, below.