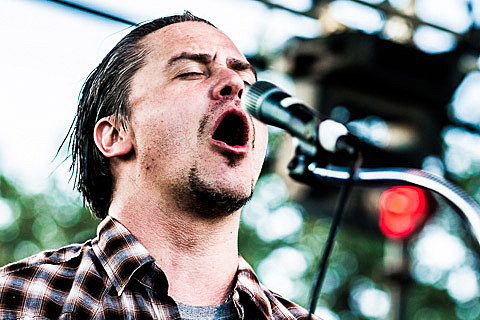 Tomahawk, the supergroup led by rock wizard Mike Patton who is joined by Duane Denison (The Jesus Lizard), Trevor Dunn (Mr. Bungle), and John Stanier (Battles, Helmet), reformed this year and released Oddfellows, their first album since 2007. In typical Tomahawk fashion, it's manic and all over the place. You can hear the entire thing over at SPIN, and watch the video for "Stone Letter" below.

Tomahawk will be kicking off an Australian tour this weekend, adn they've just announced that in June they'll be playing some US shows, including a NYC show on June 2 at Best Buy Theater. Tickets for that show are on AmEx presale now, go on AEG Live presale today (2/21) at 10 AM (password: "FELLOWS"), and general sale Friday (2/22) at noon.

A list of all dates and that video below...