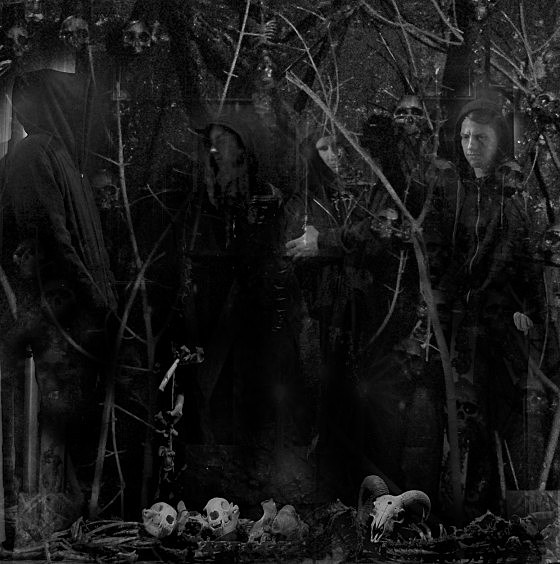 Unnerving noise/black metal destroyers Total Occultic Mechanical Blasphemy have been added to the Watain and Kosmodemonic show on June 15 at Brooklyn Bazaar (tickets). The Pennsylvanian project -- membership: No One -- will be playing a live set of material culled from the recently released Pennhurst / Xesse compilation that collected various demos and and EPs. T.O.M.B.'s nightmarish noise assault will also be sprayed across another LP in 2014. Titled Fury Nocturnous, the full-length will feature contributions from members of Mayhem. A label and a release date have yet to be announced. You can check out the full stream of Pennhurst / Xesse and a Fury Nocturnous teaser below.

Speaking of Watain, Invisible Oranges posted an interview with singer Erik Danielsson. In the piece, interviewer Jonathan Dick got Erik to open up regarding the latest round of black metal controversy:

Black metal will always be surrounded by controversy. It evokes energies. It thrives upon powers that are counteractive to what people view as law and order and ethics and so on. What I do need to underline here, because here is where people get it wrong: one of the greatest evils that people today know, be it an alternative culture or in conservative government halls, is Nazi Germany and Anti-Semitists and all of that. That is the one thing you cannot glorify.

Erik also talked about his upcoming Brooklyn performance that will feature all of the pyrotechnics and theatrics that American fans haven't been able to see before:

There's a need to set that up in the US in that medium, and for a long time we've been quite frustrated about not being able to present the whole show there and actually show our US fans, who are some of the most diehard fans that we have, the actual show that we do. I cannot say at this point whether or not it's going to be an exact setup similar to the ones we have in Europe, but it's definitely going to contain elements of a quite severe nature that haven't been possible to use yet in the States. I actually cannot wait. It's gonna be a really good and fucking powerful show, I think.

Tickets are still on sale and we have a few pairs you can win for free! For details on how to enter our contest, check below.

For a chance at winning tickets to see Watain at Brooklyn Night Bazaar: either tweet something that includes both @BrooklynVegan AND "Watain in Brooklyn" in the tweet, or send an email to BVCONTESTS@HOTMAIL.COM with the subject line "Watain". Include your first and last name in the email. We'll pick winners at random and contact them with more details. If you enter by email, it will not be shared with anyone else. Good luck!