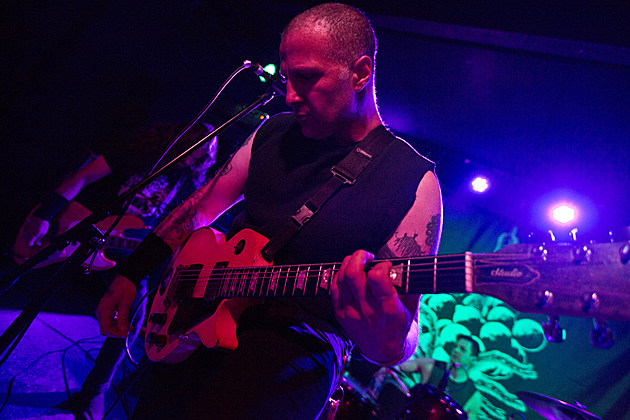 Tombs had a busy 2014, releasing their excellent LP Savage Gold and playing a ton of live shows, most recently opening for Yob. They've got more dates announced for 2015, including Maryland Deathfest, but before that they'll play a hometown show with another great local metal band, Black Anvil (who also put out a new record in 2014), at NYC's Acheron on January 30. Opening is Darkside NYC (the hardcore punk/metal band who added "NYC" on to their name, not the electronic band who got to stay just as "Darkside"). Tickets for that show are on sale now.

Both Tombs and Black Anvil are also on board for the Netherlands' Roadburn Festival. All known dates are listed, with the flyer for the Acheron show and streams of their 2014 albums, below... 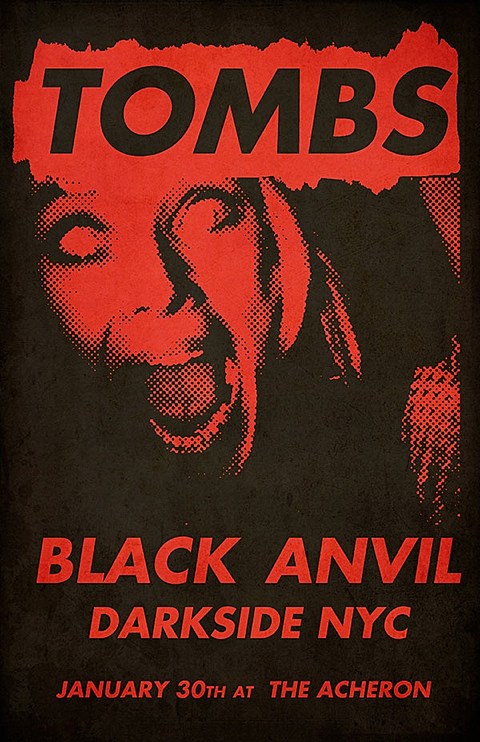