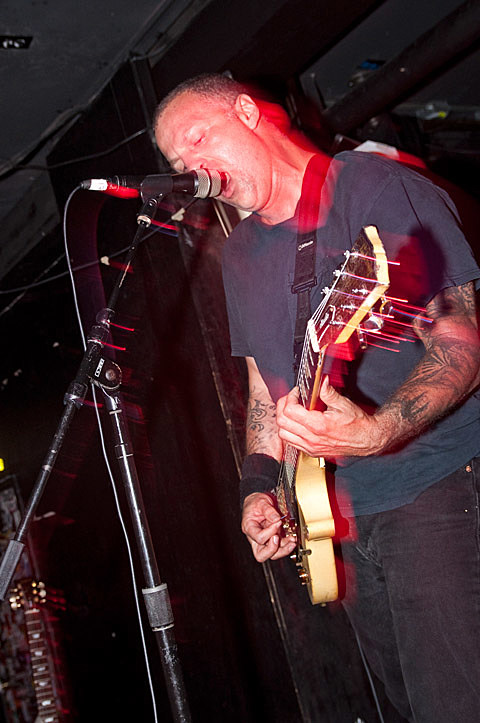 With our NYC Metal Show Calendar growing increasingly crowded with killer tours, it'd be easy to miss some of the awesome local-oriented metal shows coming up in the next couple of months. Here are three you should hit for sure:

Behold the Arctopus, Child Abuse, and Geryon at The Acheron on October 3: Tech assassins Behold the Arctopus were just announced for Portland's Fall Into Darkness Fest, so they'll be bringing their A game at this gig as they prep for the big stage. (Which, to be fair, they always do.) Meanwhile, keyboard/bass/drums noise rockers Child Abuse (one of NYC's weirdest heavy bands, which is saying something) have a new album and an October tour in the works, though official dates/locations haven't been announced. Geryon, meanwhile, is Nick McMaster & Lev Weinstein of Krallice playing bass'n'drum death metal, which is about as strange as it sounds. Tickets are on sale.

Tombs, Primitive Weapons, Empty Flowers, and Anicon at Saint Vitus on November 8: As we mentioned a few weeks back, Tombs is only kind of a local band now; 3/4 of the members live elsewhere. The band is currently gearing up to record a new album late in the fall, so you can expect that they won't be around NYC much after this date. Primitive Weapons -- formerly something of a house band at Vitus -- have also dialed their local appearances way back as of late. Catch both NY heroes on one bill while you can; buy tix here.

Dysrhythmia, Zevious, and Geryon at Saint Vitus on November 17: Even if you don't like the noodly shit, or if you insist on rock music having vocals (lame), Dysrhythmia are one of the most jaw-dropping live acts in the game right now, thanks in no small part to drummer Jeff Eber's ability to slam the everloving crap out of his drums while dodging through Colin Marston (who just released a new album) and Kevin Hufnagel's zany parts. Main support Zevious also features Jeff, along with his brother Mike. With Geryon bringing up the fore, there is going to be a lot of good drumming at this show. Tix here.

Stream some Child Abuse, Geryon, and Zevious below: