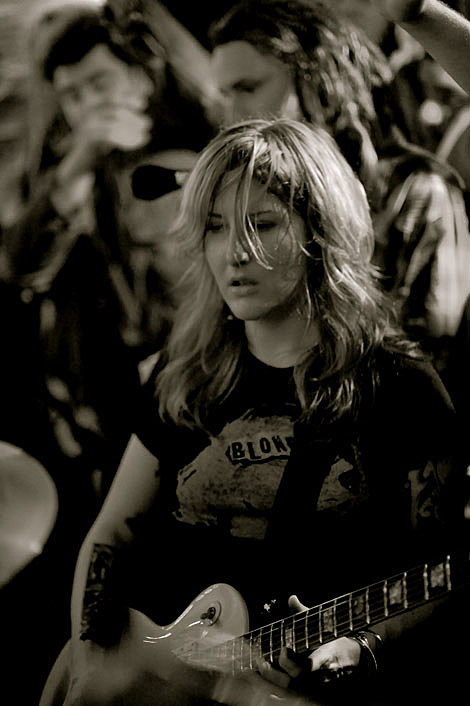 Kylesa played the first of two NYC shows in the humid, obscenely packed basement of The Charleston on 1/28, supported by Tombs, Tournament, Clean Teeth, and The Brass. Due to a family emergency, Clean Teeth (mem Made Out of Babies, ex-Destructo Swarmbots) replaced Black Anvil (hope everything is OK, my dudes). I arrived late to catch part of Tournament's set (The Brass & Clean Teeth were finished), and while I thought they sounded great, it's hard to truly enjoy a performance when you're standing in the back of a room and can't see the band. I made sure that didn't happen for Tombs & Kylesa, but Tournament requires further investigation.

Though this was my umpteenth experience seeing Tombsin the past few months, it was my first chance to hear the Winter Hours material in a live setting (and recognize it as such). The Brooklyn trio stuck to the script and delivered their usual pummeling performance, but what I found most fascinating was the fact that Winter Hours engineer Ian Whalen had done gone and done it.... The record definitely captures some of the raw emotional and destructive power of the live show. Winter Hours is definitely an early contender for record of the year, so look for it Feb 17th dammit! 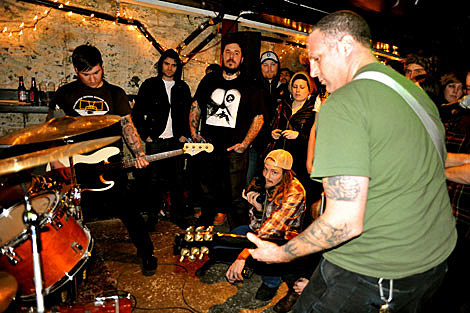 Kylesa was next, mayhem ensued. Maybe I should have realized it when the Tombs guys could barely get their equipment off "stage" in the crush of people. Move it people!

"OK everyone, there isn't enough room to play. I need everyone to take three steps back..."

Vocals/Guitarist Laura Pleasants yelled to the back of the room. It wasn't enough.

With the crowd a full five steps more "contained", the amplifier tubes-a-glowin', and both drum kits set up diagonally and semi-facing each other, Kylesa launched into their set, sending the packed audience into a oceanic ebb & flow with a "lucky" few in front acting as riot police. For the first few songs I managed to stay up front, and it was definitely a combination of fear and utter jubilation: fear of being smashed forward into the metal hardware of the drumkit and a herd of stampeders falling behind and on top of me, and utter jubiliation because, well, they destroy. A really lot.

My worst fears were semi-realized though... halfway into their second song, a rogue tsunami pushed me head-first into the mic stand, pushing Laura Pleasants back a bit, disconnecting the mic cord, and making me personally responsible for an instrumental first verse of "Scapegoat" from Static Tensions.

continued with more pictures below...

Eventually, the crowd spaced out a little more and the floor opened up to "dancing". The band sounded great with bassist Corey Barhorst (Javier Villegas is now listed as "bassist on Static Tensions"). And full PA or no, the band sounded balanced and heeeeaaaavvvvvvyy from all of my vantage points.

Static Tensions material represented well live - even in an admittedly makeshift environment such as the basement of The Charleston. In all though, the band did not just stick to the new material (in someways I wish they did.... Static Tensions is Kylesa at their focused, brutal best), closing with "Hollow Severer" from Time Will Fuse It's Worth. Sweaty, beaten, and wowed, this was one fantastic show. 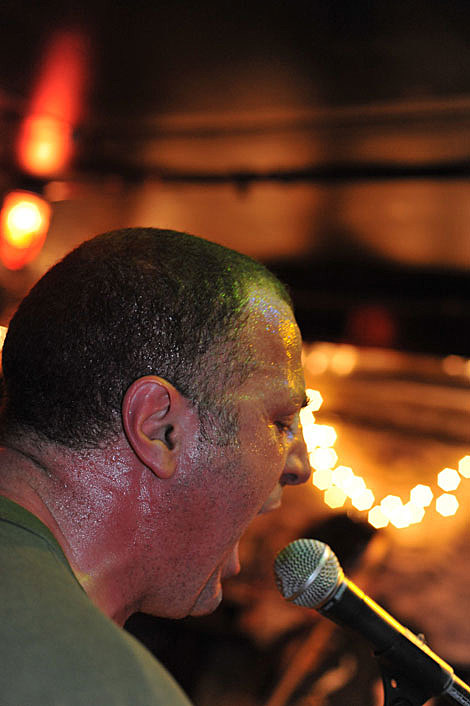 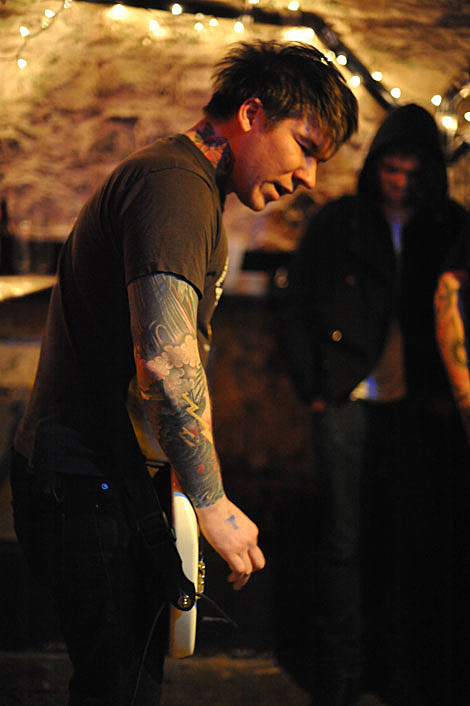 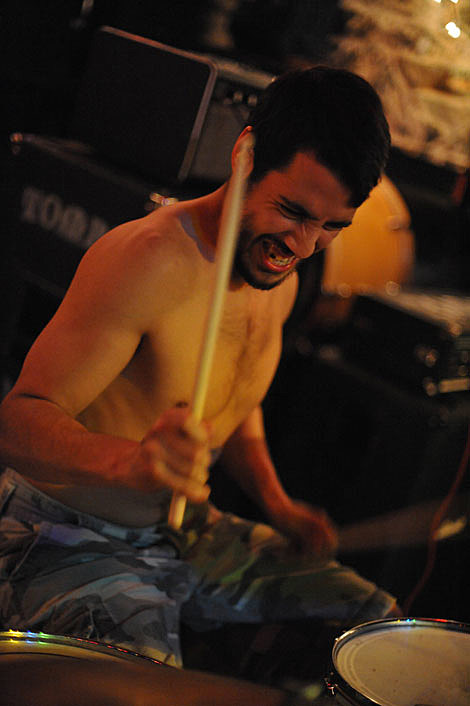 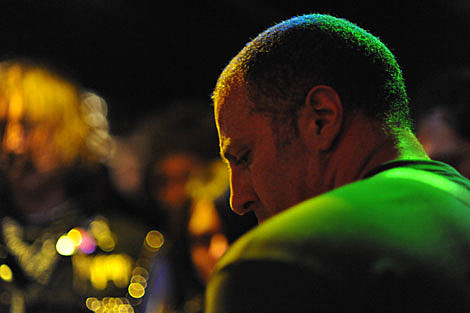 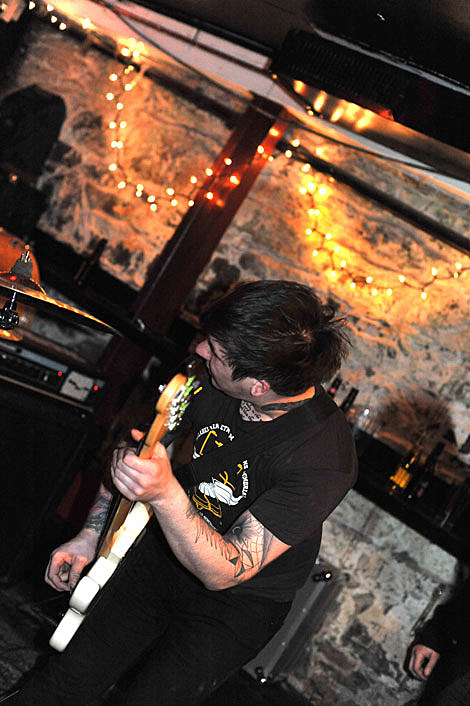 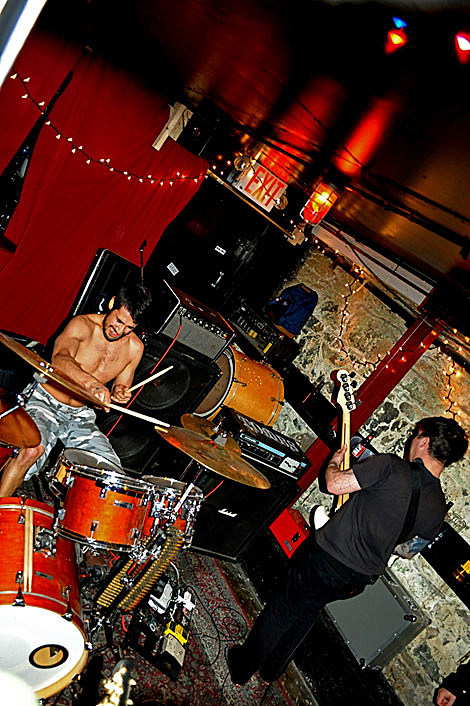 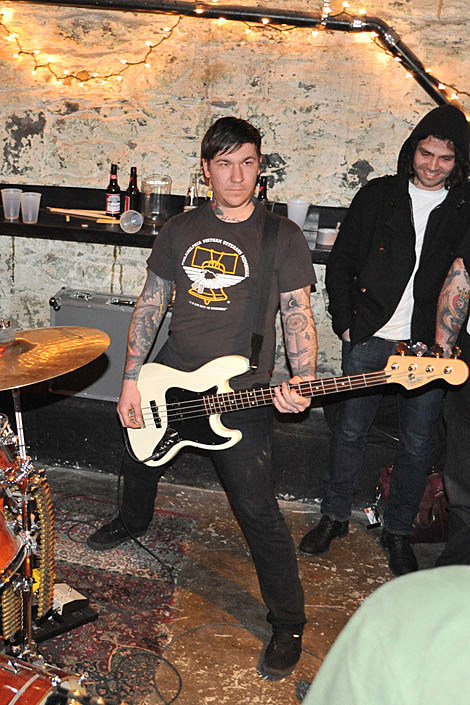 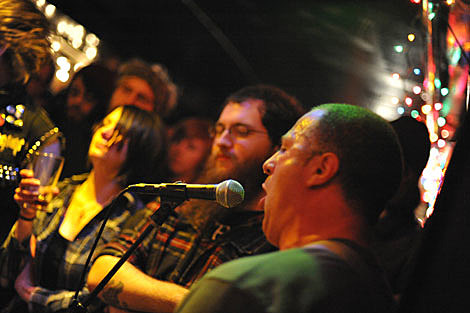 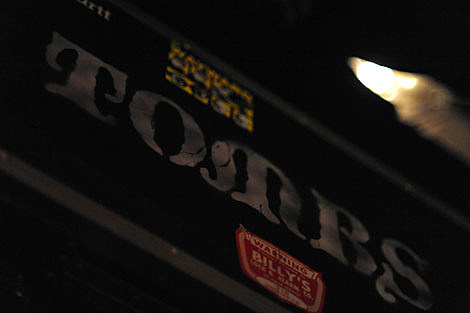 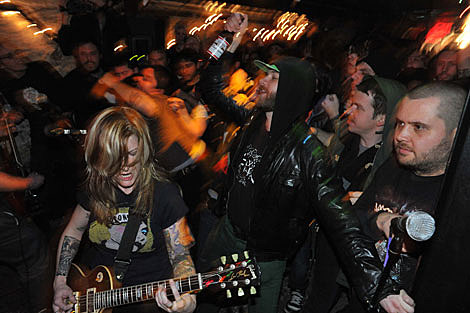 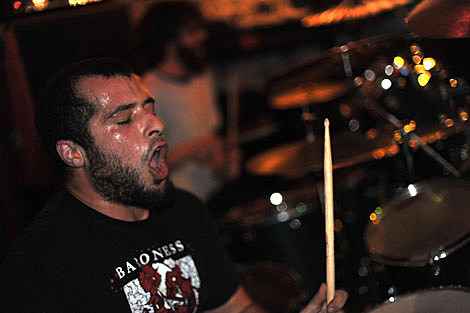 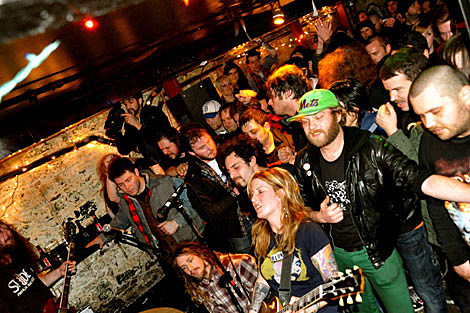 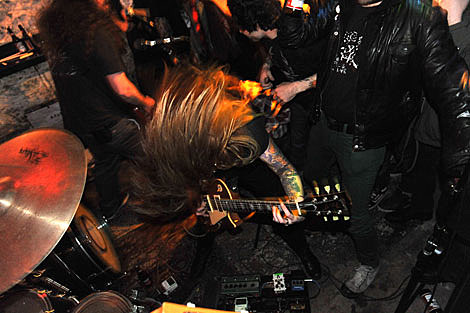 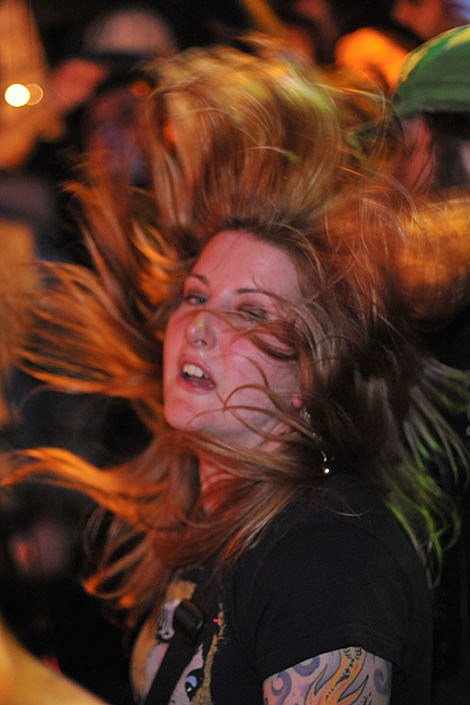 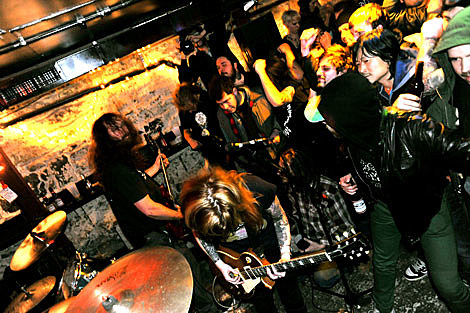 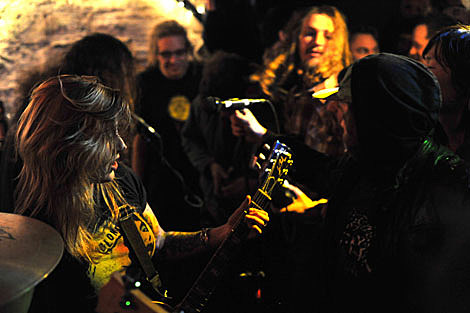 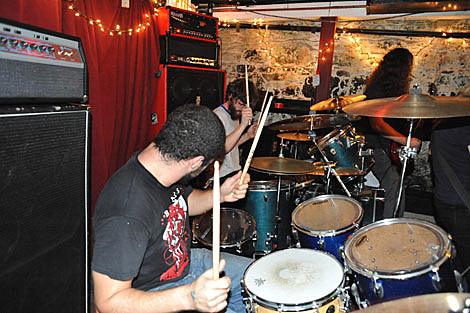 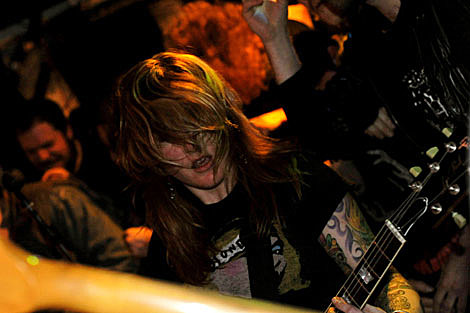 Catch Kylesa tonight with Amebix at Bowery Ballroom and on tour.