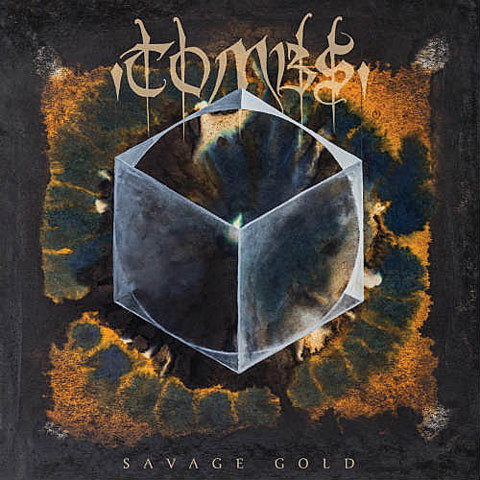 Fresh off of their performance in the UK at Temples Fest, Brooklyn post-metallers Tombs are streaming another song from Savage Gold, out on June 10 via Relapse. (Preorder.) The album is the band's third, and first with bassist Ben Brand (ex-Woe) and guitarist Garrett Bussanick (Flourishing).

Building atop an insistent, Killing Joke-esque bassline, "Deathripper" explodes in its final third thanks to Mike Hill's ferocious roars and percussive, death metal chugs. It effectively showcases how varied Savage Gold might be, audibly contrasting with the slightly blackened, Entombed n' roll approach of "Edge of Darkness" (the first song we heard off the LP). Hill, formerly of Anodyne and Versoma, described "Deathripper"'s themes this way:

I actually wrote the lyrics for this song back in the late 90's when I was living in Boston. I was going through a period where I was sleeping on someone's couch and living out of a gym bag. I went through some old journal entries and found the lyrics written out. They seemed to fit the vibe of the instrumental tracks.

The vibe does indeed fit, upping the intensity of the track's dual nature; the detached Godflesh-y industrial beginning and the cathartic release of its crescendo. Stream "Deathripper" below.

Tombs has a few West Coast dates next month and all are listed, along with the set list from their May 3 Temples Fest performance and new track stream, below...

All dates are supporting Pelican.