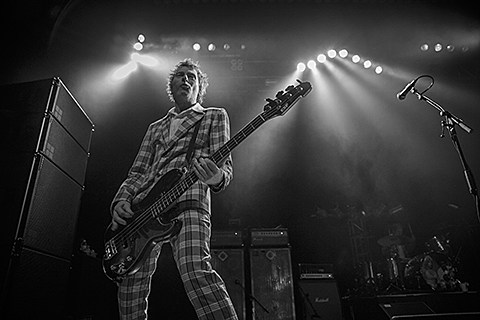 With The Replacements reunion seemingly over and his services in Guns N' Roses maybe not needed anymore, Tommy Stinson has some free time on his hands. He released a new EP, titled L.M.A.O., earlier this fall and you can stream the power-pop-ish "Breathing Room" and "Not This Time" off it below.

Tommy's also got a couple live shows coming up, both in the NYC-area. First is a free show at NYC's Berlin on Thursday (11/19) with The So So Glos. That is a FREE show and more details are here. Then he'll play Hudson, NY's Helsinki Hudson on November 25 which is a variety show called "Friday Night is Killing Me" that features "special guests, and it's being filmed. That's about all you need to know at this point." Tickets are on sale.

In a similar punky vein, on December 19 at Berlin you can catch Dirty Fences, The Ar-Kaics and The Jay Vons.