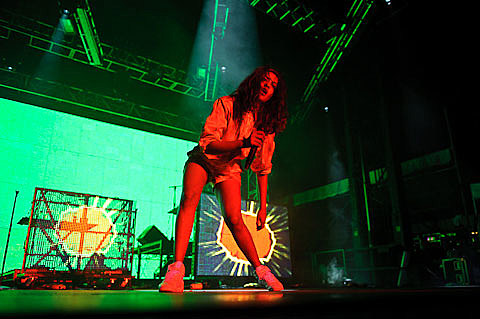 Due to unforeseen electrical issues in the neighborhood in and around Terminal 5 the show schedule is currently pushed back approximately 90 minutes. We anticipate opening doors by 8:30pm and hopefully no later than 9pm. We ask that you arrive at the venue closer to 9pm or later so you don't have to stand out in the rain. We apologize for any inconvenience and look forward to seeing you all a little later at the Terminal!

In related news, the date of M.I.A.'s free NYC show has been revealed.

UPDATE: The show started. As of 10pm, Rye Rye already finished her opening set. So basically on schedule.