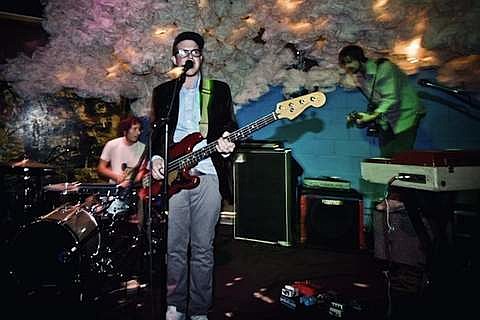 Brooklyn's Tony Castles are gearing up to release their new EP titled Sharon Stone which will be out October 23. If your favorite Tony Castles song to dates was their magnificently dreamy "Black Girls in Dresses" the six tracks on the new EP definitely lean in that direction. It makes for nice autumn listening, when the days grow shorter and shadows get long. We've got the premiere of "One Tone Man" from the EP at the top of this post and you can stream snippets of other tracks below.

The band have a few NYC-area shows coming up, including tonight (9/6) at Pianos; the Silent Lights fundraiser on September 20 at the Green Building with Motive and Gurpal (advance tickets); and September 28 at Delinquency with Backwords, Zula, and Ancient Sky. 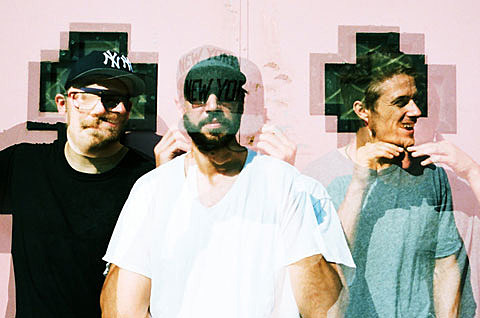 Tonight's show at Pianos is part of Win Win's September Residency that happens every Thursday this month at the LES club. Originally a strictly-electronics duo (whose most recent album came out on Vice last year), Win Win are now a three-piece with an updated, band-driven sound as can be heard on new single, "Salt Days," from their new album, Double Vision (due out 10/16 via VICE) which you can stream below.

Streams, all listed Tony Castles dates and Win Win residency flyer are below.