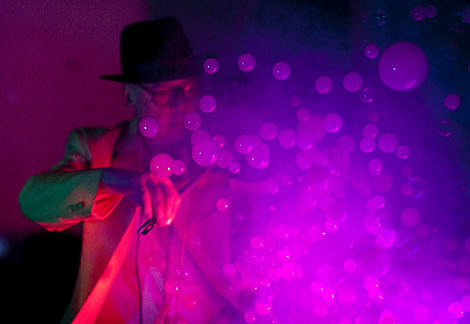 "The narrow room where IPR has its world-renowned, state of the art speaker system was packed, with people seated in the aisle and on the floor. The performers had hooked up their instruments to a separate PA system. I'm all about experimental performance, light and sound theater and dissonant/atonal/weird sounding music. I was looking forward to see something totally bizarre that I probably wouldn't totally understand, but enjoy.

Instead, the first hour and 20 minutes of the show was a way-too-loud continuous looping of speaker feedback. I go to live shows and clubs all the time where the music is too loud, but can get into the music. In this case, it was impossible." [NY Press]

That negative review of one of the Tony Conrad / Genesis Breyer P-Orridge shows at Issue Project Room this weekend doesn't specify if the reviewer was there Saturday or Sunday. Zach was there Sunday (1/11). He said, "They played two sets with an intermission in between. Each set was about 30-45 mins each I think. It was a full house although the seating inside didn't provide for a huge crowd - I'd say 50 seats at the most. I didn't recognize any of the songs as this was the first time Tony and Genesis had ever performed together, an experiment of sorts." I think it's safe to say that there probably weren't any songs to recognize, aka it was complete improvisation. More pictures from the Sunday show below... 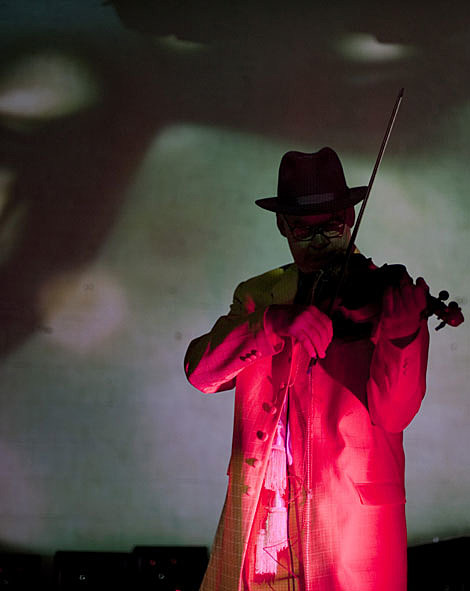 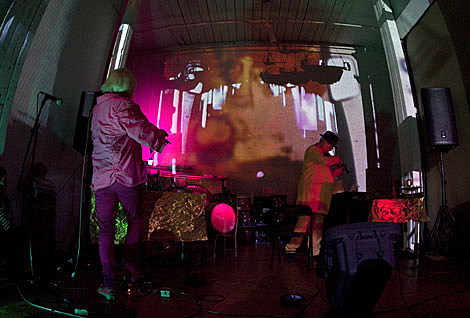 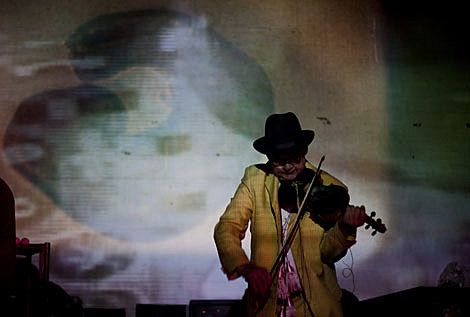 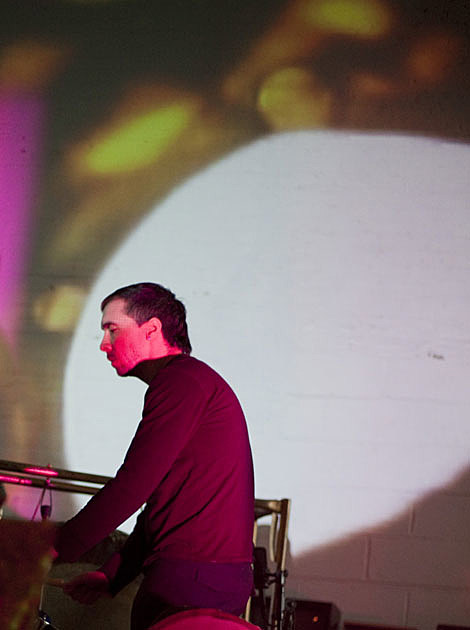 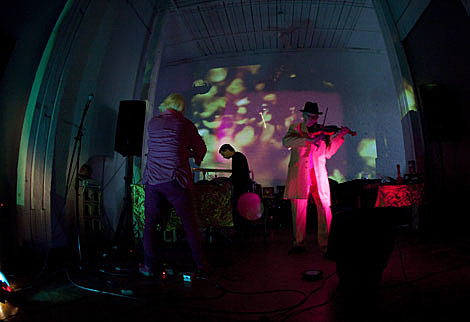 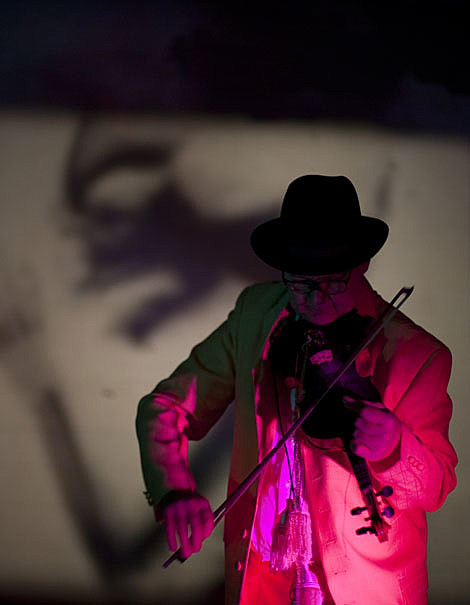 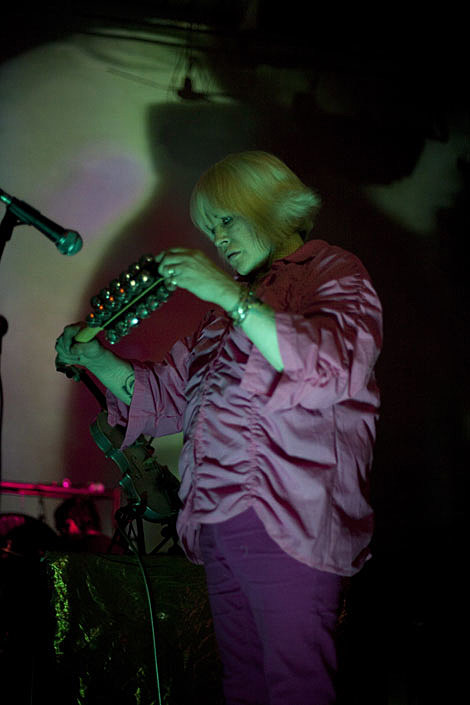 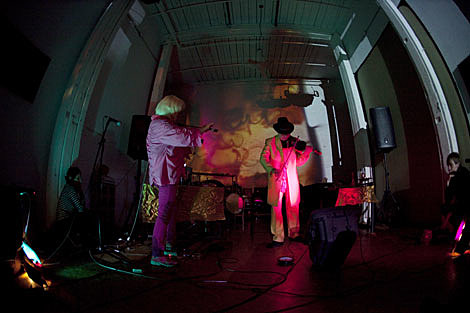 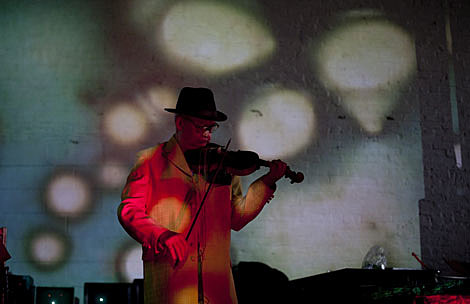 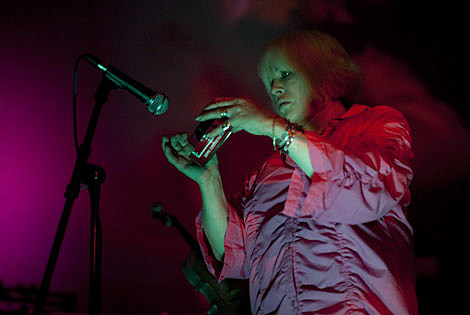 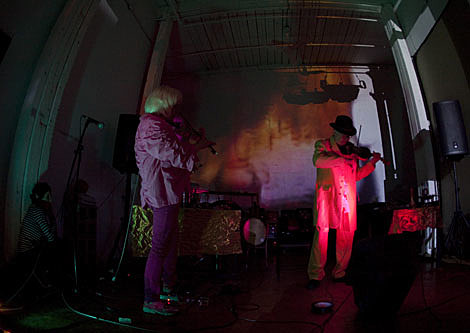 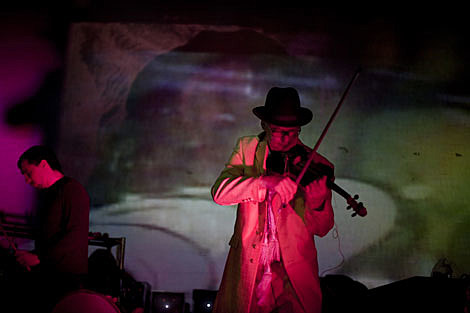 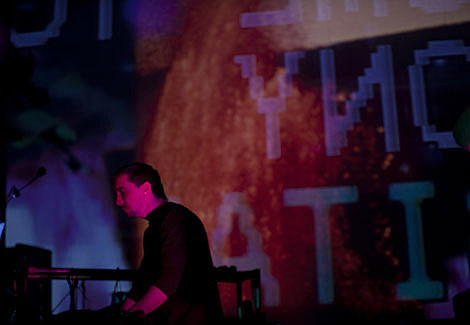 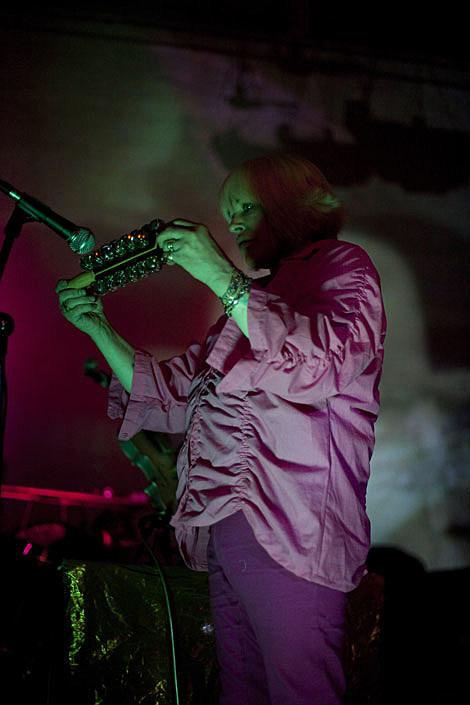 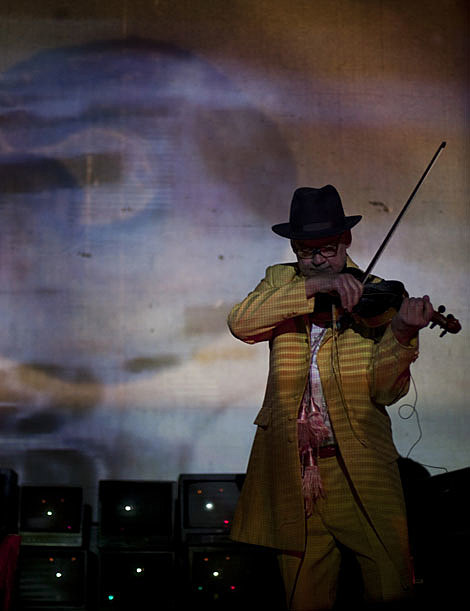 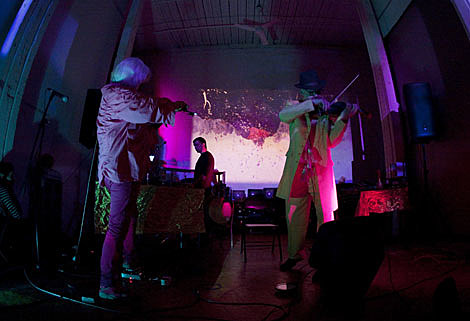 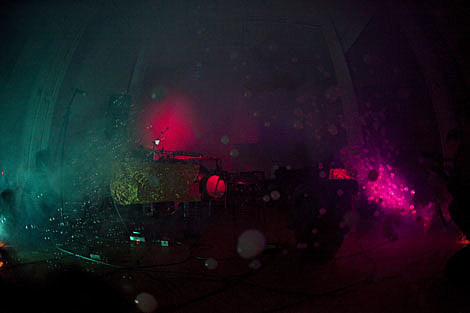 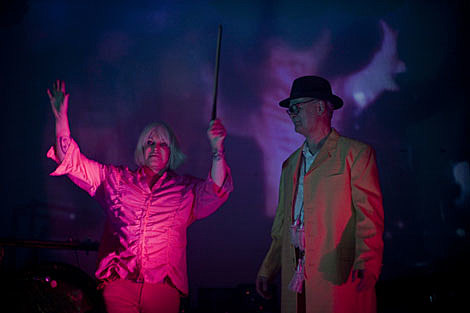 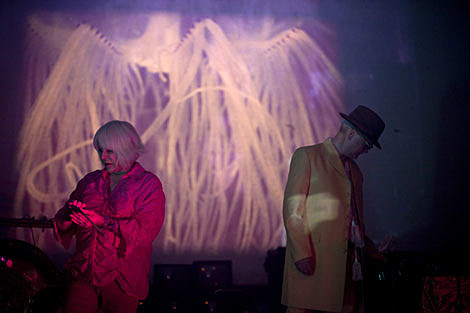 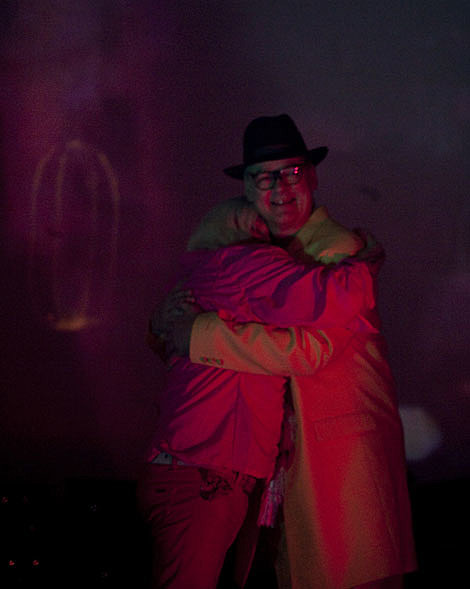 The idea to unite the two influential musicians was conceived at the screening of "Marie Losier's Film Portraits" at the French Institute Alliance Française in September of 2008. Upon watching Losier's documentary, "Tony Conrad DreaMinimalist," P-Orridge confessed that violin, which figured prominently in the film, was her favorite instrument and that hearing Conrad's personal story made her cherish it even more. "I initially wanted to create a scene for the film on Genesis in which she and Tony would just play the violin together," says Losier. "But very quickly this idea developed into a strong desire to see the two musicians I love perform live for an audience. Even though their paths have not crossed up until this point, it only felt natural to me that they should."