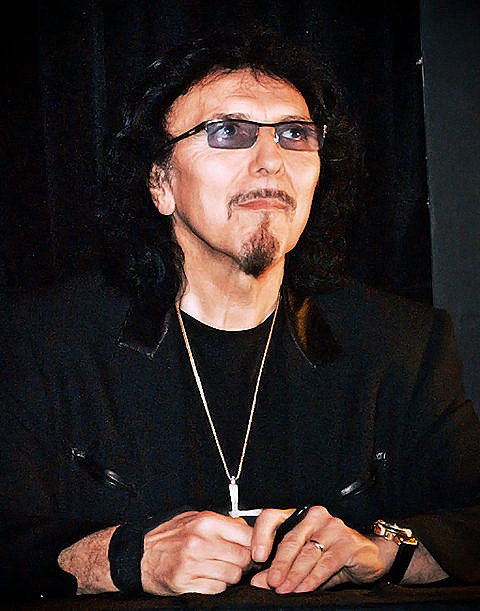 Legendary BLACK SABBATH guitarist Tony Iommi has been diagnosed with the early stages of lymphoma, a cancer of the lymphocytes, a type of cell that forms part of the immune system.

Iommi is currently working with his doctors to establish the best treatment plan and remains upbeat and determined to make a full and successful recovery.

This comes as BLACK SABBATH -- Ozzy Osbourne (vocals), Tony Iommi (guitar), Geezer Butler (bass) and Bill Ward (drums) -- are writing and recording their first album in 33 years in Los Angeles (still set for release this fall) with producer Rick Rubin. They will now go to the U.K. to continue to work with Tony. -[Blabbermouth]

So far, all previously discussed Black Sabbath reunion dates are STILL ON, though if that were to change, I think we would all agree that the guitar god's health is more important than any live endeavors.

All current dates and video of two full concerts of one of the greatest guitar players of all time is below.