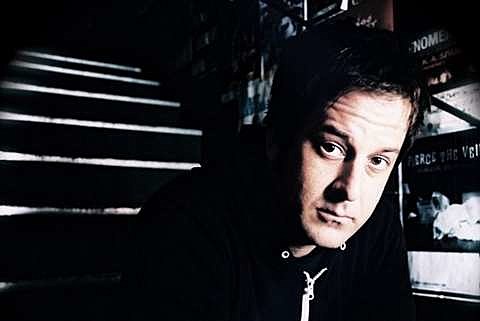 it's been a while since I've dusted off my copy of No Use for a Name's ¡Leche con Carne!, but it was one of the more impressionable albums on me in my music taste forming days, which began with a whole lot of '90s pop punk. And when their video for "Soulmate" from that album (which you can watch below) appeared on Hopeless Records' video compilation Cinema Beer Goggles (along with NOFX, Vandals, Circle Jerks, Blink-182, etc) I must have watched it enough times to recite it's storyline.

We're now saddened to receive news from No Use for a Name's label Fat Wreck Chords, that the band's frontman Tony Sly, who also had a solo career and has recorded with Lagwagon frontman Joey Cape, has passed away. He was 41 years old. Fat's website reads:

It is with great sorrow that we must say goodbye to Tony Sly of No Use For A Name. We received a call earlier today of his passing, and are devastated. We have lost an incredible talent, friend, and father - one of the true greats. Fat Mike had this to say: "One of my dearest friends and favorite song writers has gone way too soon. Tony, you will be greatly missed."

RIP Tony. You'll be missed and always remembered through your music. The video for "Soulmate" is below.

No Use for a Name - "Soulmate"