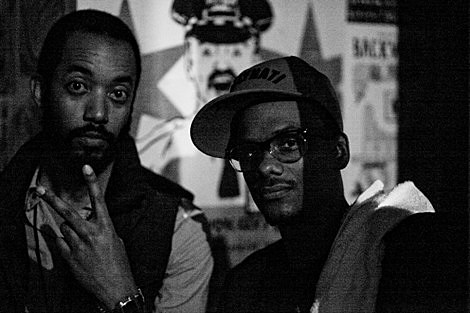 After some time away so that Von Pea and Don Will could focus on solo ventures, Tanya Morgan have regrouped and are currently on a short tour with Big Pooh (ex-Little Brother, who have called it quits) and affiliates of his Hall of Justus stable. In addition to Tanya Morgan & Rapper Big Pooh, Chaundon, Joe Scudda, Jozeemo, Soul Khan, and MH The Verb will all be on board Wednesday (12/8), when the tour comes hits Public Assembly. $10 gets you in.

They will also still hit Boston, and are giving away a copy of the NBA2k11 video game at each show.

Donwill's Don Cusack in High Fidelity hit earlier this year, and Von Pea dropped his solo EP Pea's Gotta Have It! in late October. Pick up a copy via iTunes, and stream the whole thing, with some videos and all dates below.... 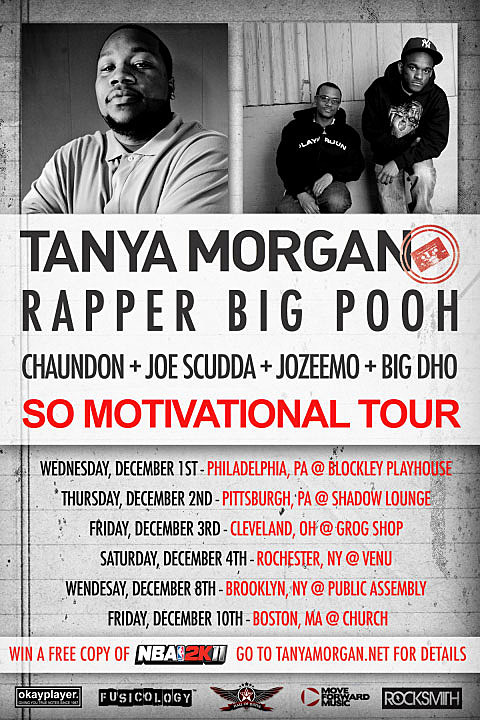 Tanya Morgan - So Damn Down