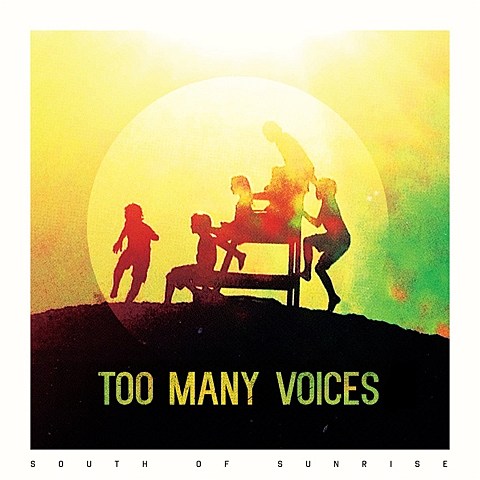 As you may know, New York hardcore vets CIV are playing a hometown show with Grey Area right before Riot Fest Chicago on September 10 at the Marlin Room at Webster Hall. Since we last spoke, openers were announced: Danny Diablo's band Crown of Thornz and Too Many Voices, the current band fronted by Eric Svirida of short-lived '90s group The Last Crime. Tickets for that show are still available.

Too Many Voices formed in 2010 and at the time also had members of Kill Your Idols, Texas is the Reason, 108 and Jets to Brazil (they no longer have those members). This year they put out their first full length, South of Sunrise. They'll be a good fit on that CIV show -- the album's in a similar melodic hardcore vein to them, H2O, Dag Nasty, and more. Check out a full stream below.

In related news, Walter Schreifels, who wrote most of the first CIV album and played with Civ in Gorilla Biscuits, plays NYC the very next day with his psych band Dead Heavens at Union Pool (9/11). Tickets for that show are on sale now. Their last show here was in late August with Dick Dale.