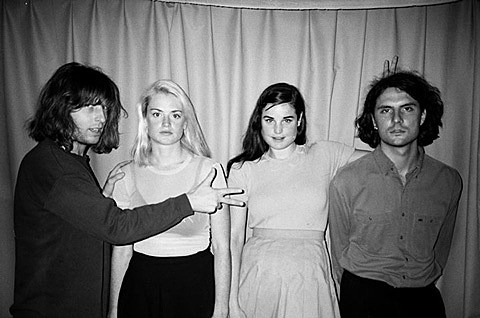 Montreal's TOPS will be touring this fall with German singer Molly Nilsson. Dates include their biggest NYC show yet, playing Music Hall of Williamsburg on November 1. Tickets for that show are on sale now.

We might have a new TOPS album (or news of it) by the time that tour starts, but in the meantime they've shared a new video for the tender "Sleeptalker" off last year's Picture You Staring. Watch that below.

Molly Nilsson for sure has a new album on the way, and that should be out in August. Details TBA. While you wait check out the video for last year's "Ugly Girl" single, below. 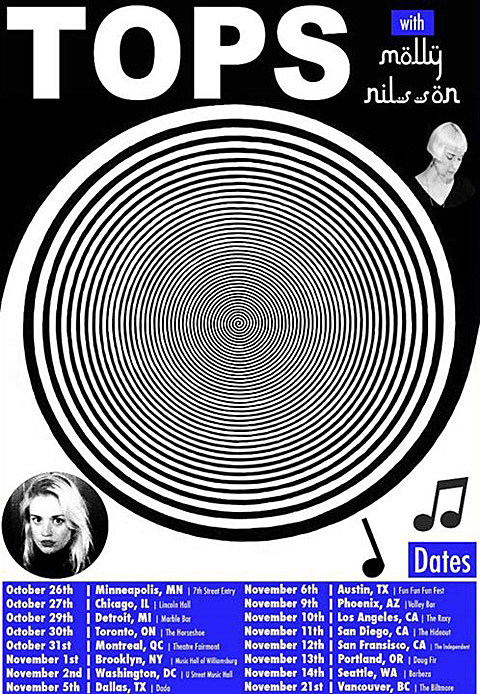