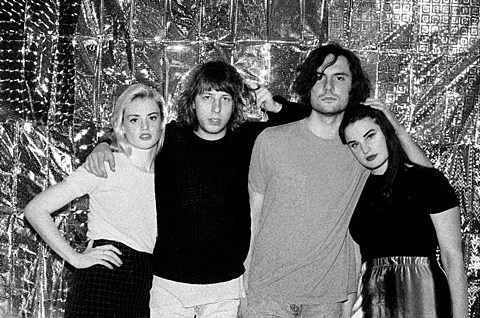 Montreal's TOPS released their second album, Picture You Staring, which features one of my favorite songs of the year, "Way to Be Loved." (You can check out the video for that, complete with Mac DeMarco's NSFW-if-you-pay-attention cameo, below.) The band have been touring for most of 2014 and were last in NYC for CMJ. TOPS will dip into the U.S. side of the border again in late winter, including NYC at Baby's All Right on March 14. That's a late night show (doors at midnight) following the separate Lust for Youth show earlier that night. While the rest of the bill has not been announced, tickets are on sale now.

If you're in Los Angeles for New Year's Eve, TOPS are playing the Park Plaza Hotel as part of a celebratory extravaganza with Classixx, Kindness, and headliners Blood Orange. All tour dates are listed below.