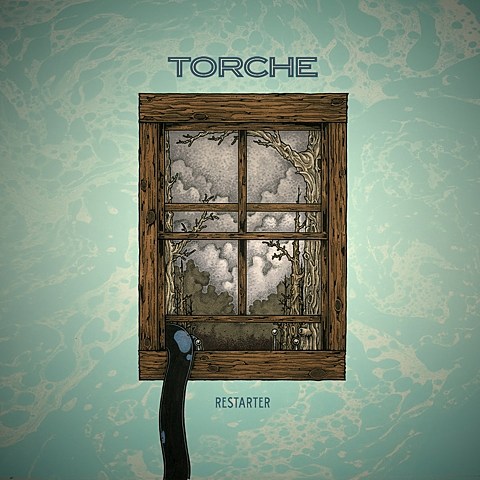 As discussed, poppy sludgesters Torche have a new LP on the way and that's now been officially announced. It's called Restarter and will be out on February 24 via Relapse, their first LP for the label. That's the album artwork above.

Torche are also teaming up with fellow riffers Clutch for a winter/holidays tour that hits the NYC-area just before New Year's Eve at NJ's Starland Ballroom on December 29 (like Clutch did last year). Lionize are on those dates too. Tickets for the NJ show are on sale. All dates, including NYE in Clutch's hometown-area of DC, are listed below.