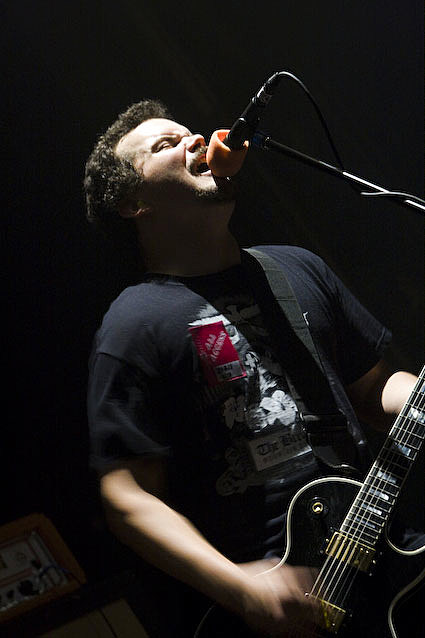 We just received confirmation that Dredg will hit the road with Miami thunder trio Torche and NOT with the Norwegian nu-metal quartet Torch (as occasionally misreported), for a string of dates in April. One of those nights is at Highline Ballroom with Maps & Atlases on April 19th. Tickets go on sale here, though no on-sale date has been specified.

Torche's aforementioned 12" EP, Healer / Across The Shields is currently on pre-order via Hydra Head. The EP contains the two tracks from Meanderthal that bear it's title, two music videos for those tracks on a bonus DVD, and two NEW jams ("Mash It Up" & "Sugar Glider"). Pick copies of that 12" in purple, orange and black.

Dredg are also on board for SXSW 2009. They play the Independent Label Group showcase at Buffalo Billiards on March 20th with Riverboat Gamblers, P.O.S., As Tall as Lions, Funeral Party, & Lights.

Torche released my numero uno heavy record of last year, Meanderthal. They have been playing as a trio since the departure of Juan Montoya, and will be in Atlanta this weekend as part of the Scion Rock Fest. All dates below...